Scam complete: the US government takes a page from Diocletian’s book… 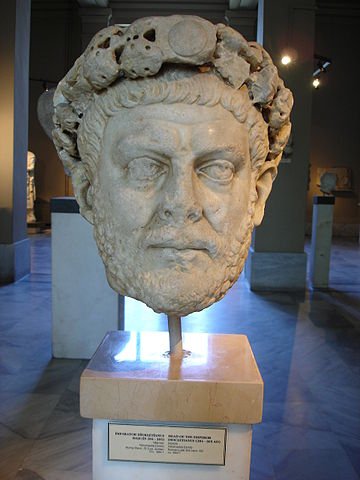 Early in the 4th century, Emperor Diocletian issued an infamous decree to control spiraling wages and prices in the rapidly deteriorating Roman Empire.

As part of his edict, Diocletian commanded that any merchant or customer caught violating the new price structures would be put to death.

This is an important lesson from history, and a trend that has been repeated numerous times. When nations are in terminal economic decline, governments will stop at nothing to keep the party going just a little bit longer.

I thought of Diocletian’s desperation a few days ago when I read about the recent sanctions imposed on US rating agency Egan-Jones. It’s a similar story–

For years, major rating agencies (S&P, Moody’s, and Fitch) have championed the outright fraud of our financial system by pinning pristine credit ratings on insolvent governments and their heavily inflated currencies.

In doing so, the rating agencies are effectively claiming that the greatest debtor that has ever existed in the history of the world is nearly ‘risk-free’.

Clearly this is a ridiculous assertion. With a debt level over 100% of GDP, the US is so broke that the government must borrow money just to pay interest on the money it’s already borrowed. They’ve lost over a trillion dollars a year since 2008, yet they still spend money on things like drones and body scanners. It’s crazy.

As with any good scam, the government must maintain public confidence.  The moment someone says ‘the Emperor has no clothes,’ that shallow, fragile confidence will come crashing down and expose the scam. Dissent must be vigorously and swiftly pursued.

So when S&P finally downgraded the US one notch in August 2011, the SEC and Justice Department announced that S&P was under investigation, just two weeks later.

Egan-Jones, a smaller rating agency, has been even more aggressive, downgrading the US credit rating three times in 18 months. And while the federal government may not have imposed Diocletian’s death penalty, they are just as willing to squash dissent.

In a country that churns out thousands of pages of new regulations each week, it’s easy to find a reason to go after someone. As you read this letter, in fact, you are probably in violation of at least a dozen regulatory offenses.

In the case of Egan-Jones, the SEC brought administrative action against the agency within two weeks of their second downgrade. And a few days ago, the case was settled.

I’m sure you have already guessed the ending: Egan-Jones is banned from for the next 18 months from rating US government debt. They’ve effectively been silenced from telling the truth.

The lesson here is obvious. Just as in Roman times, bankrupt nations today will stop at nothing to keep up the scam just a little bit longer.

Given that all this is happening at a time when Congress is voting to suspend the debt ceiling entirely, these actions are the clearest sign yet of just how desperate the government has become.

Could the warning signs be any more obvious?