Summing up 8 years of Barack Obama 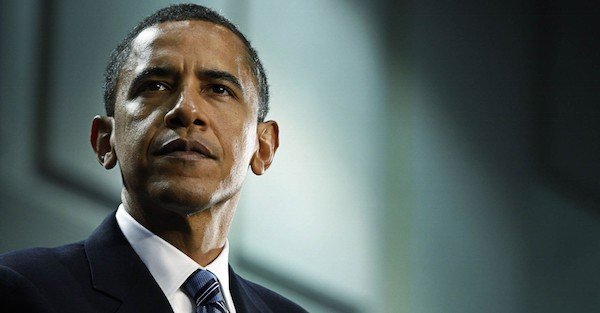 It’s hard to argue with Barack Obama’s jump shot. I can’t imagine Rutherford B. Hayes having that kind of game.

Or his swagger. Comedic timing. Even charisma.

And there have been plenty of times over the last eight years when, in all seriousness, those qualities have truly mattered.

I can’t imagine anyone not getting goose bumps when President Obama sang Amazing Grace during the eulogy of Reverend Clementa Pinckney in 2015 after the horrific church shooting in Charleston.

During his presidency he had thrust upon him the impossible task of consoling an entire nation over and over again. Personality truly mattered.

But tangible, productive results are an entirely different story, and that’s what I want to examine today.

Most tend to focus on the Affordable Care Act (ACA), i.e. Obamacare, suggesting that reforming healthcare is one of his most important legacies.

There are undoubtedly millions of people who now have medical insurance that never had insurance before.

And that is certainly a noble accomplishment.

The problem is that focusing on this single metric is a terrible premise.

Millions of people are no longer uninsured. Check. But that’s where their thinking stops.

What’s the overall quality in the system? What’s the cost?

Those metrics are conveniently overlooked.

Not even two months ago, the Obama administration was forced to publicly acknowledge that healthcare premiums will rise by an average of 25% in just a single year under Obamacare.

Plus, many consumers will only have a single option to choose from as a number of major insurance companies scale back insurance policies they offer.

The administration also admitted last year that overall healthcare spending continues to rise, surpassing $10,000 per person for the first time ever.

Then there’s a question of quality and efficiency.

In 2016, a Johns Hopkins study concluded that the number of preventable medical errors has soared in recent years and is now the third leading cause of death in the United States.

Obviously no one can blame Barack Obama for this trend.

But that’s precisely the point: it’s impossible for any program to be successful when the way you define success is so fundamentally flawed.

Obamacare focuses on one thing: coverage. Are more people insured? Yes. And in their mind, that makes it successful.

But anyone who looks at the big picture will reach an entirely different conclusion.

(Not to mention the matter of that $2 billion website…)

However noble the intentions, it’s hard to consider these results a major success worthy of an enduring legacy.

Then there’s the issue of jobs. President Obama has been credited with ‘creating’ more than 11.3 million jobs.

This entire premise, of course, is total nonsense.

And for a guy who once told entrepreneurs, “you didn’t build that,” (referring to their businesses), he sure is quick to take credit for 11.3 million jobs created.

But OK, let’s play along and give him credit: creating 11.3 million jobs is a very noble accomplishment.

Once again, however, this metric for success is flawed.

What’s the quality of those jobs? At what cost?

Manufacturing jobs, construction jobs… even utilities and media jobs… all fell over the last eight years.

Bear in mind that the US was already at the peak of recession when President Obama took office, with unemployment surging.

Yet today, goods-producing jobs are even below those dismal figures from 2009.

So what jobs were created?

A good chunk of them are in healthcare, which sort of highlights the earlier point that Americans aren’t getting healthier since they need even more workers to care for them.

Additionally there were a lot of jobs created in the federal government.

Plus a full 2 million of those new jobs have been waiters and bartenders.

At the beginning of the Obama presidency in 2009, there were 9.5 million waiters and bartenders in the United States.

So it’s not like all these millions of workers who supposedly owe their jobs to President Obama are out there discovering the cure for cancer.

Then you have to look at cost.

Despite these 11.3 million new jobs, the number of food stamp recipients in the Land of the Free Lunch increased by 13.9 million during the Obama administration.

Plus, during his 8-years in office, the Obama administration spent a record $28.7 TRILLION and registered a $10 trillion increase in the national debt.

This means that every job President Obama supposedly created cost the American taxpayer $885,000 in debt. Per job.

This is a pretty pitiful return on investment.

One day his Supreme Court justices will retire. Obamacare may be repealed. History will forget about his charisma and charm.

Edward Snowden may eventually return home. The 500,000+ pages of regulations his administration issued will be replaced.

And even the families of all the innocent victims who were accidentally killed in his drone strikes may move on with their lives.

But the debt will still be there.

Consider this: in the last two weeks alone, the Treasury Department has auctioned off tens of billions of dollars worth of debt in the form of 30-year bonds.

This means that a child who won’t even be born until 2030 will have some high school summer job in late 2046, and an increasing chunk of his income will be taxed to pay off the debt that Treasury Department borrowed a few days ago.

That’s a legacy which outlasts everything else.