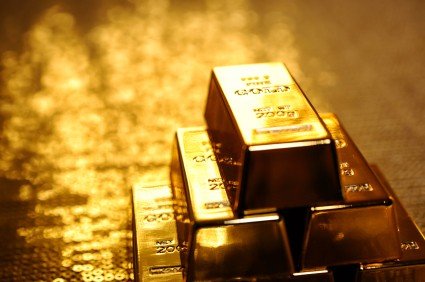 It’s common in financial markets for investors to conflate what we call ‘volatility’ with what we term ‘risk’. They are not exactly the same thing.

More specifically, volatility is an inevitable by-product of investing in a financial market. As JP Morgan (the man, not the bank) once said: markets fluctuate. Prices rise and fall, often irrationally, often irrespective of intrinsic value or fundamentals.

And then there is risk– the possibility, however remote, of a permanent loss of capital.

Investors frequently confuse the two, being fearful of benign volatility, and often completely ignoring the risks as a buying opportunity.

Certainly some risks turn out to be dazzling opportunitie; SocGen’s Albert Edwards and Dylan Grice recently pointed out that on a cyclically smoothed basis, US equity markets are a long way from being cheap, while European stocks are already cheap… perhaps disgustingly so.

European cyclically adjusted P/E ratios, in fact, are now back to where they were in 1982.

That said, there is a danger in the naive presumption that -if- Eurozone politicians or the ECB ever manage to get their house in order, then our investment problems will be over. They will not.

(There is also a danger in the naive presumption that Eurozone politicians or the ECB are even capable of getting their house in order.)

Further, the developed world, including the US and Japan, is drowning under a sea of probably unpayable debts, so this Eurozone crisis is not even geographically specific.

Any attempt at resolving it will likely result in the same sort of explicit state-sanctioned inflationism that is making US Treasuries and UK Gilts look like taking one last wild drag on a giant cigar in the middle of a cavern coated with kerosene.

We would like to tell our clients that their investments are safe. Unfortunately today there is no such thing as safety in investment markets.

Perhaps there never really was, only relative degrees of perceived safety as yet unassailed by political contrivance, pandering to banking interests, desperate inflationism, and appropriation gone off the scale.

Central bank action has conclusively eroded the objective safety of all formerly “riskless” assets in their war against savers.

That said, we believe there are still varying degrees of safety and risk (objective as well as subjective), and the market for each is not even remotely efficient.

We are content to hold objectively creditworthy sovereign debt yielding more than 6%, when supposedly riskless sovereign debt issued by the US, UK or German governments yields less than inflation and in some cases provides no yield whatsoever (or even negative yield).

We are content to have modest exposure to broadly defensive stocks (listed outside the Eurozone) offering dividend yields higher than those offered by peer government debt.

Such investments are not without a degree of attendant price volatility. But as we have already suggested, volatility and risk (especially the risk of permanent loss of capital) are hardly the same thing.

And, we are especially content to hold capital in the form of gold and silver during a period when the ongoing debauchery of paper money looks assured.

The distinction between volatility and risk can be well viewed in the recent performance of gold. Its price has recently been volatile as expressed in nominal dollars (themselves a currency not backed by anything tangible or finite).

But “risky” ? Does gold represent the threat of permanent loss of capital? Does it represent any form of counterparty risk whatever? Could it ultimately deteriorate towards an intrinsic value of zero?

The US Dollar ultimately could… because throughout history, nearly every paper currency always has.