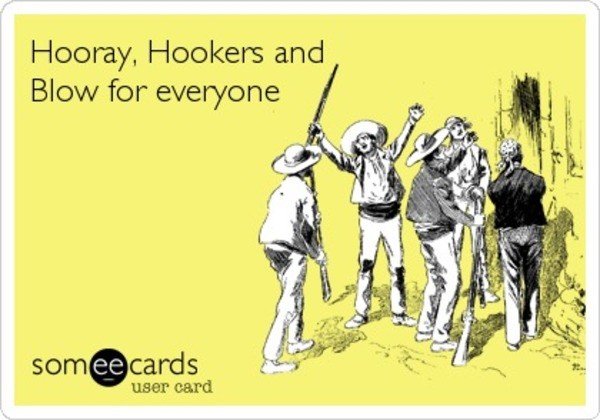 Now that European Union countries are required by law to keep tabs on illegal activities as part of their economic indicators, we decided to look at some select European countries more closely.

Of course, there’s no actual reliable data to measure these illegal activities, so it’s all guesswork. But hey, whatever floats your boat—or boosts your GDP.

For example, to figure out how prostitution contributed to the country’s economy, Spain’s national statistics agency counted the number of “known prostitutes” working in the country and consulted sex clubs to calculate how much they earned.

And how about if these “known prostitutes” move around the borderless Schengen area? Their contribution to GDP is probably counted several times then.

So, using these scientific methods Spain’s statistics agency announced that illicit activities accounted for 0.87% of GDP.

(Perhaps this is one of the reasons why a whopping 547,890 people left Spain last year, most of them to Latin America, according to the national statistics agency.)

This compares similarly to the UK where Britons, according to its own statistics agency, spent 12.3 billion pounds on drugs and prostitutes in 2013, or 0.79% of GDP.

That’s more than they spent on beer and wine, which only amounted to 11 billion pounds.

And you probably thought Britons were heavy drinkers. Turns out they enjoy hookers and blow even more.

On the more uptight and conservative spectrum of Europeans, Slovenian households spent 200 million euros last year on prostitutes and drugs, or 0.33% of Slovenia’s GDP.

On the more libertine extreme, in Germany estimates suggest that prostitution and drugs amounted to as much as $91 billion in 2013—or an incredible 2.5% of the total economy.

This is the sign of the times. Governments are so desperate to maintain the illusion of growth that they’re turning to desperate, comical measures.

Across the entire continent, Eurostat estimates that gross EU GDP is larger by 2.4% if all illegal activities (not just prostitution and drugs) are accounted for.

Funny thing, they also report that total real GDP growth in 2013 (the year they started counting illegal activities) was just 0.1%.

In other words, illegal activities are now the difference between economic growth and economic recession in Europe.