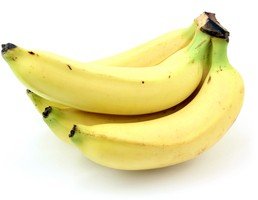 The Dow Jones Industrial Average, one of the key benchmarks of the US stock market, has soundly surpassed its all-time high. And most of the investing world is toasting their collective success and celebrating the recovery.

Everyone knows that inflation exists. We can all look back on prices from the past and realize instantly how much more expensive things have become. Conversely, though, most people don’t think about the stock market like this.

The reality is, though, that when you adjust for inflation, the Dow is well below its highs from over a decade ago.

I thought I’d put this into a bit of perspective.

Take beef, for example. Based on USDA retail price data, today the Dow will buy you 3,332 pounds of beef in the supermarket. This sounds like a lot. But it’s actually about 20% less than the 4,046 pounds of beef the Dow would buy back in December 1999.

And if beef’s not your thing, let’s look at fruit. Based on the wholesale price of bananas, the Dow currently buys you a whopping 15.35 tons of the tropical fruit.

Gasoline is an even more interesting example. Today, the Dow will buy roughly 3,812 gallons of unleaded, non-premium gasoline in the United States. This is almost exactly the same as last January, just fifteen months ago, when the Dow was only 12,633.

But to match its high of 10,718 gallons set in March 1999, the Dow would need to almost triple from where it’s at today.

Look, there’s nothing wrong with investing in great companies. But it’s important to recognize that the ‘buy and hold’ strategy espoused by the vast majority of financial advisors has been a serial loser for the last 10-15 years.

Given that you can’t eat or fuel up your car with stock certificates, it’s important to remember that we all live in an inflation-adjusted world. And that there are serious, serious consequences to out of control money printing by central banks.

Anyone who doesn’t understand this system need only refer to the rules of the popular board game ‘Monopoly’:

“The Bank never goes broke. If the Bank runs out of money, the Banker may issue as much as needed by writing on any ordinary paper.”