Smacking a skunk with a tennis racket 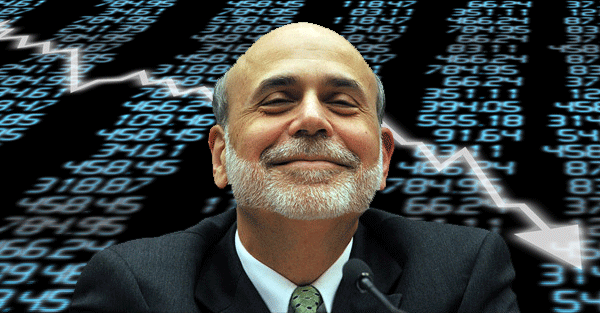 On Monday 15th November 2010, an open letter to Ben Bernanke was published:

“We believe the Federal Reserve’s large-scale asset purchase plan (so-called “quantitative easing”) should be reconsidered and discontinued. We do not believe such a plan is necessary or advisable under current circumstances. The planned asset purchases risk currency debasement and inflation, and we do not think they will achieve the Fed’s objective of promoting employment.”

Among the 23 signatories to the letter were Cliff Asness of AQR Capital, Jim Chanos of Kynikos Associates, Niall Ferguson of Harvard University, James Grant of Grant’s Interest Rate Observer, and Seth Klarman of Baupost Group.

Words matter. Their meanings matter. Since we have a high degree of respect for the so-called Austrian economic school, we will use Mises’ own definition of inflation:

In other words, inflation has already occurred, inasmuch as the Federal Reserve has increased the US monetary base from roughly $800 billion, pre-Lehman Crisis, to roughly $3.9 trillion today.

What the signatories likely meant when they referred to inflation in their original open letter to Bernanke was the popular interpretation of the word – that second-order rise in the prices of goods and services that typically follows aggressive base money inflation.

To put it in terms which Ben Bernanke himself might struggle to understand, just because something has not happened during the course of four years does not mean it will never happen.

We say this advisedly, given that the former central bank governor himself made the following observation in response to a question about the US housing market in July 2005:

“INTERVIEWER: Tell me, what is the worst-case scenario? Sir, we have so many economists coming on our air and saying, “Oh, this is a bubble, and it’s going to burst, and this is going to be a real issue for the economy.” Some say it could even cause a recession at some point. What is the worst-case scenario, if in fact we were to see prices come down substantially across the country?

“BERNANKE: Well, I guess I don’t buy your premise. It’s a pretty unlikely possibility. We’ve never had a decline in house prices on a nationwide basis. So what I think is more likely is that house prices will slow, maybe stabilize: might slow consumption spending a bit. I don’t think it’s going to drive the economy too far from its full employment path, though.” [Emphasis ours.]

To paraphrase Ben Bernanke, “We’ve never had a decline in house prices on a nationwide basis – therefore we never will.”

One more quote from Mises is relevant here, when he warns about the essential characteristic of inflation being its creation by the State:

Many observers of today’s financial situation are scouring the markets for evidence of second-order inflation (specifically, CPI inflation) whilst either losing sight of, or not even being aware of, the primary inflation, per the Austrian school definition.

“People say, you guys are all wrong because you predicted inflation and it hasn’t happened. I think there’s plenty of inflation – not at the checkout counter, necessarily, but on Wall Street.”

“The S&P 500 might be covering its fixed charges better, it might be earning more Ebitda, but that’s at the expense of other things, including the people who saved all their lives and are now earning nothing on their savings.”

“That to me is the principal distortion, is the distortion of the credit markets. The central bankers have in deeds, if not exactly in words – although I think there have been some words as well – have prodded people into riskier assets than they would have had to purchase in the absence of these great gusts of credit creation from the central banks. It’s the question of suitability.”

And from the vantage point of November 2014, only an academic could deny that the signatories were wholly correct to warn of the financial market distortion that ensues from aggressive money printing.

Ever since Lehman Brothers failed and the Second Great Depression began, like every other investor on the planet we have wrestled with the arguments over inflation (as commonly understood) versus deflation.

Now some of the fog has lifted from the battlefield. Despite the creation of trillions of dollars (and pounds and yen) in base money, the forces of deflation – a.k.a. the financial markets – are in the ascendancy, testimony to the scale of private sector deleveraging that has occurred even as government money and debt issuance have gone into overdrive.

And Albert Edwards is surely right that as the forces of deflation worsen, they will be met with ever more aggressive QE from the Fed and from representatives of other heavily indebted governments.

This is not a recipe for stability. This is the precursor to absolute financial chaos.

Because the price of every tradeable financial asset is now subject to the whim and caprice of government, rational macro-economic analysis (i.e. top-down investing and asset allocation) has become impossible.

Only bottom-up analysis now offers any real potential for adding value at the portfolio level.

We discount the relevance of debt instruments almost entirely, but we continue to see merit in listed businesses run by principled and shareholder-friendly management, where the shares of those businesses trade at a significant discount to any fair assessment of their underlying intrinsic value.

A word of caution is warranted – these sort of value opportunities are vanishingly scarce in the US markets, precisely because of the distorting market effects of which the signatories to the November 2010 letter warned; today, value investors must venture much further afield.

The safe havens may be all gone, but we still believe that pockets of inherent value are out there for those with the tenacity, conviction and patience to seek them out.