The wrong question to ask about offshore banking 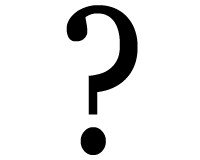 Sometimes I wake up and I’m just astounded at how quickly things are unraveling.

Frankly, our Offshore Tactics Workshop that’s going to take place next week down here in Chile couldn’t come at a better time. And I have no doubt that the 400+ attendees will arrive energized and motivated.

I’m about to head off to the farm to spend the weekend gathering my thoughts before the big event. But before I go, I wanted to answer the most frequently asked question we received this week–

“Given what happened in Cyprus, how safe is offshore banking?”

We received this dozens of times this week… but the real question to ask is, “How safe is BANKING, of any kind, anywhere in the world?”

Most banks in the West are already technically insolvent. They have very little cash as a percentage of deposits (typically less than 2%), and their books are loaded up on toxic debt owed by sovereign governments that have no hope of paying.

If they weren’t getting money for free from central banks, most commercial banks wouldn’t exist right now.

And herein lies the problem.

Insolvent commercial banks are backed up by insolvent government insurance agencies, funded by central banks that conjure money out of thin air.

Yet most people don’t think twice about where they put their money. They believe, foolishly, that their money is ‘safe’ because it’s guaranteed by the government.

If history has taught us anything, it is that government promises are not worth the paper they’re printed on.

Consequently, people should conduct EXTENSIVE due diligence, not only on their bank, but also on the jurisdiction. You wouldn’t just hand your hard-earned savings to some guy on the street… why should a bank be any different?

In our regular conversations and writings to premium members, I’ve long advocated banking at strong institutions in stable jurisdictions– places like Singapore (which has NEVER had a banking failure), or Hong Kong. Not Cyprus… England… or the US.

Be very cautious about parking your money anywhere that has a significant debt burden. They will print. They will inflate. They will confiscate. Savers will lose. This has been a long-standing tradition in history, and one that everyone should heed.

Bottom line, pay close attention to where you put your money, and in what currency. Because a 10% haircut from the government is the same as a 10% loss of purchasing power from inflation.