This guy has more passports than I do 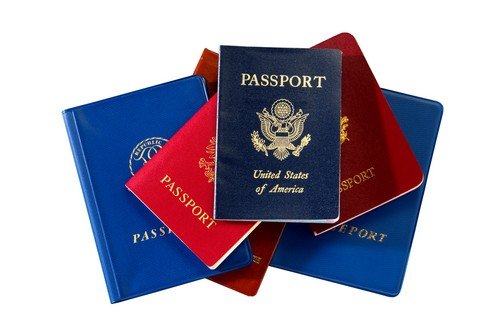 Last night I had drinks with a few of our premium members who were in town visiting Chile.

This is one of the great pleasures of my life; I feel incredibly lucky that I get to spend time with the amazing, sophisticated people in our community.

One of them has a life story that reads like an adventure novel. The other has so many passports, even I was envious.

He’s a native of South America, but was born in the US. So he has two citizenships right there.

But he grew up in Canada, so he has Canadian citizenship too. And his grandparents were from Europe, so he has a European passport as well. Talk about options

Despite this, however, the government in the Land of the Free is demanding past due tax returns. They want their ‘fair share’ of his lifetime earnings.

This is nuts. Simply by accident of birth, someone who has never lived in the country is being forced to pay all these taxes, plus interest and penalties. Unreal.

The only way for him to get out of this tax regime is to renounce his US citizenship. The problem with this, though, is that it only frees him from future tax obligations.

In other words, they won’t allow him to renounce his citizenship until he pays up. Only then will they release him.

It’s an unbelievable scam. And unfortunately, he’s not an isolated case.

I have foreign friends all over the world who have been hammered by the IRS. Some have never even set foot in the US, but they have a US passport because one of their parents was a citizen.

And these people have had their entire lives turned upside down by a bankrupt government that is desperate to raise cash by any means necessary.

What’s even crazier is that none of this has any practical significance to the US government’s finances. Their crusade to collect more taxes at all costs is meaningless.

For example, the IRS estimates that it lost $305 billion due to tax evasion in 2010. (I don’t even know where they would come up with such a number to begin with…)

Yet that same year, according to their own figures, the US government was in the hole $306 billion (a billion dollars more) before they even started to spend any money on things we consider as government.

Specifically, mandatory spending in 2010 (things like Social Security and Medicare), plus gross interest on the debt that year exceeded their total tax revenue by $306 billion.

So, in 2010, the government could have essentially eliminated itself… and still collected all the money that the IRS is whining about. And they would still have had to borrow money just to pay the light bill at the White House.

Take a look at the numbers for yourself here: http://www.whitehouse.gov/omb/budget/historicals

None of this seems to matter. They are broke, and desperate. And they’re willing to go after anyone and everyone, no matter how meaningless or immoral the crusade.

As the great Frederic Bastiat wrote, “When plunder becomes a way of life for a group of men living together in society, they create for themselves in the course of time a legal system that authorizes it and a moral code that glorifies it.”