100 billion reasons to have non-reportable assets 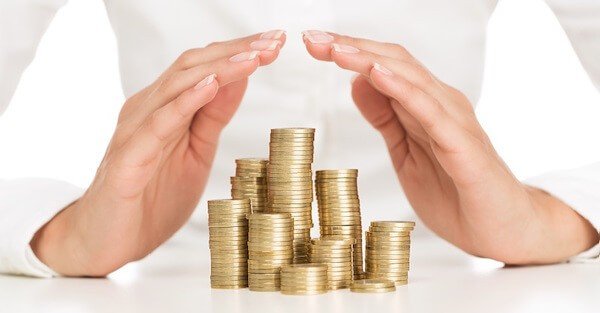 In early March 1938 in a dusty corner of the Arabian desert, Max Steineke finally had the breakthrough he was hoping for.

Steineke was the chief geologist for the California Arabian Standard Oil Company (CASOC), a venture owned by what we know today as Chevron.

And he hadn’t had a lot of success despite years of effort.

Steinke was convinced that massive oil reserves were beneath the sands. He just couldn’t find any.

His prized oil well, what was called Dammam #7, had been riddled with mishaps, accidents, and delays, and it was costing the company a LOT of money.

Steinke was about to be shut down when, finally, on March 4, the well started gushing. And Saudi Arabia was never the same.

Today oil constitutes more than half of Saudi Arabia’s GDP and more than 90% of government revenue… and it is the reason why Saudi Arabia is one of the world’s richest nations as measured by per-capita GDP.

But all that success also comes with risk: what happens when the wells run dry? Or when the oil price falls?

That’s what they’re dealing with now.

Saudi Arabia has been in and out of recession over the past few years due to the steep decline in oil prices. And the government is desperate to raise revenue.

Last year the Saudi government announced “Vision 2030,” a long-term plan to diversify its economy and reduce dependence on oil revenue.

The plan includes developments like a new beach resort on the Red Sea where women will be allowed to wear bikinis. This is pretty forward thinking, folks.

The government also announced that it will sell a portion of the national oil company, Saudi Aramco, through an IPO on a major stock exchange– a move they believe will generate $100 billion for the government.

But none of these options fixes the short-term problem. Saudi Arabia needs cash. Now.

So over the past few weeks they’ve found their source: theft.

Under the guise of a ‘corruption crackdown’, the government of Saudi Arabia has arrested hundreds of its wealthiest, most prominent citizens, and frozen more than 1700 bank accounts.

The government claims that these men illegally acquired their wealth through graft and corruption.

Now, to be fair, it’s true that there’s an enormous amount of corruption in Saudi Arabia.

I lived in Riyadh years ago when I was a young intelligence officer, and the corruption was obvious from Day 1.

For example, I remember mid-level Saudi army officers explaining how they would accept bribes and kickbacks to award small contracts to local suppliers.

These were military commanders who were essentially stealing from their own units.

For us it was unthinkable. But for them it was normal. They discussed it openly with each other, as if they were trading tips on how to steal even more.

Saudi billionaire Prince al Waleed (one of the people who has been arrested) also used to speak quite candidly about how he made his initial fortune through bribes and kickbacks.

So it’s clear that a lot of people in Saudi Arabia have made money in illicit ways.

It does strike me as a farce, though, to see extremely corrupt bureaucrats and politicians arresting corrupt businessmen… and then confining them to the very swanky Ritz Carlton hotel in Riyadh.

The timing is also suspect– the Saudi government needs the money and cannot afford to wait for their long-term plans to generate income.

They’ve already started borrowing pretty heavily, issuing close to $40 billion of debt in a single year– that’s a big chunk for a country with a $650 billion GDP.

But they know they can’t keep borrowing forever… hence the ‘anti-corruption purge.’

They’re now telling their captives that they’ll be free to go if they ‘voluntarily donate’ 70% of their wealth to the government.

Estimates vary for the amount of money the government will bring in through this theft; the lowest amount I’ve seen is $100 billion (again, an enormous sum in Saudi Arabia).

The Wall Street Journal reported that the Saudi government is targeting as much as $800 billion… an amount that’s larger than the entire Saudi economy.

To put that number in context, it would be like the US government seizing $22+ trillion of Americans’ wealth– more than the value of every company listed on the New York Stock Exchange combined.

All of this, naturally, is taking place without any trial or due process. They’re just seizing and freezing assets.

If you’re thinking, “Thank goodness I live in a free country where that would never happen,” think again.

This is really no different than Civil Asset Forfeiture in the Land of the Free, the legal framework where countless federal, state, and local agencies have the authority to seize and freeze every asset you own without even so much as charging you with a crime.

(They can even take your kids away!)

I think there’s a pretty big lesson here: desperate governments almost invariably resort to stealing from their own citizens.

And that’s why one step in a Plan B is to have some non-reportable assets.

The government knows about every local bank account you’ve opened. They know what’s in your domestic brokerage account. Or what real estate you own.

And they can seize it all in a heartbeat.

So it’s a good idea to have a few assets that they don’t know about… assets that you’re not legally required to tell them about– like an offshore bank account.

You won’t be worse off for having some non-reportable assets– especially cash.

Think about it– it won’t make a difference if there’s $20,000 in your bank account or in your safe. It’s not like the banks pay interest anyhow.

But if the worst happens, this emergency savings could be a life-saver.