How to gain permanent residency in Mexico without leaving home 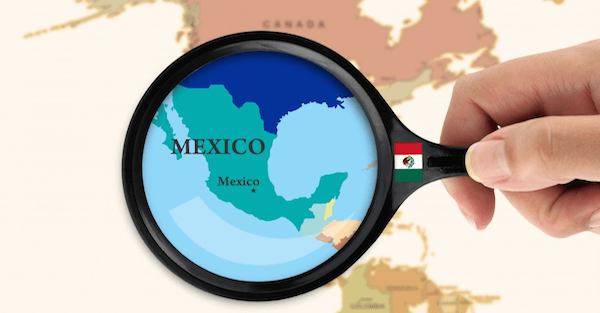 As a world traveler and investor, I always try to find markets where there’s a huge difference between the ACTUAL risk and the PERCEIVED risk.
And this risk assessment applies not only to investing, but also to entire countries.

Mexico is a great example.

Sure, Mexico has some serious problems. Crime. Gangs. Drugs. Corruption. Tensions with the US over illegal immigration and American jobs.

But did you know that more Americans applied for residency in Mexico than vice versa over the past few years?

Do these Americans know something others don’t?

Maybe they know a foreign residency opens opportunities you otherwise wouldn’t have. A foreign residency gives you more options for work, business, investments, travel and living. It’s one part of a Plan B… in a location where you like spending time.

And residency in Mexico could be a solution for you.

Mexico’s story is more complex than what’s presented in the news. The country offers a lot more than its northern states where the drug war rages… and where the US media focuses all its attention.

The situation in the Yucatan peninsula – my favorite place to visit in Mexico – is different. The state of Yucatan has the same violent crime rate per capita as peaceful Wyoming.

If you feel safe living in Wyoming’s capital of Cheyenne, you should be comfortable living in Merida, a charming colonial city and capital of the Yucatan state.

And the neighboring state of Quintana Roo (the home of Cancun) is nearly as safe. The violent crime rate per capita here is comparable to Alaska.

So, with safety largely a non-issue in this part of Mexico, the Yucatan’s rich culture and great weather offers Americans another benefit: Inexpensive living. Today you can cut your cost of living at least by half after moving from the US to Mexico… and much more if you’re abandoning high-cost, high-tax New York or California.

And in the past two years, this inexpensive Mexican lifestyle reached a new level.

Since 2014, the Mexican peso depreciated ~50% versus the US dollar, making those spending US dollars there much richer.

During my recent trip to the Yucatan peninsula, I paid $7.50 for a delicious brunch in trendy Tulum. And I spent less than $10 in the best restaurants of Merida. A room at the Merida Hyatt only cost about $85 a night.

Car rental prices are almost a joke. I paid $50 for a four-day rental for a mid-sized car, insurance included. I imagine the car’s value depreciated more than that during my relentless driving spree.

And Mexico always has a strong US-feel. You see full-size SUVs and pickups everywhere. They have Walmart and Home Depot, where you can buy the exact same stuff as in the States.

For Americans, there’s more than Mexico’s combination of familiarity, inexpensive living, and proximity.

Gaining Mexican residency is also easy. It especially makes sense if you are already retired.

In most countries, the process of obtaining residencies (and eventual citizenships) looks like this:

But Mexico is one of the few places in the world where you can skip the first step entirely and go straight to the second (permanent residency) if you are officially retired and can demonstrate your creditworthiness.

The key is to prove you are retired. You can do it with a letter from US Social Security office, retirement letter from your job, etc.

And the most amazing part? You complete ~95% of the process in a Mexican consulate near your home. You won’t even have to set foot in Mexico until you know you are approved.

(Not retired yet? You will be fine too – there is a more conventional way to obtain temporary residency that’s available to just about anyone.)
And Mexican permanent residency is a great asset.

As a permanent resident, you can come and go without any restrictions. You don’t need to apply for additional permissions to invest and work in Mexico.

Also, your permanent residency card does not expire, and there is no need to renew it. Once you have it, it’s yours to keep.

Your permanent residency is indeed permanent, unlike in many other places (Chile, Panama…), where the government expects you to visit the country occasionally to maintain it.

And yes, this short-cut permanent residency can lead to Mexican citizenship.

Today, Mexico is a tremendous residency opportunity that should be on your radar.

Due to the pesos’ depreciation, prices in Mexico remain very low today. But I don’t expect it to last – the peso already gained back more than 10% versus the dollar in the last few months.

Don’t let your dreams of an ultra-cheap residency disappear.