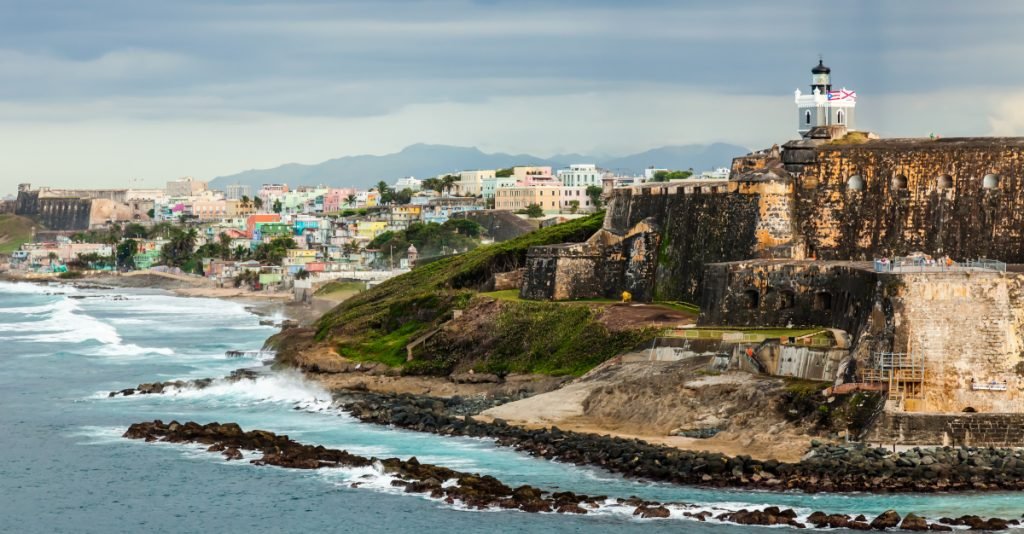 The power went out this morning across the city where I live in Puerto Rico. Again.

My wife and I have a running joke– and I’m not sure it’s much of a joke– every time the power goes out, one of us asks, “Which mouse farted this time?” because it seems that’s all it takes to knock out the power grid in Puerto Rico.

It’s been 10 years now that the government of Puerto Rico passed some of the most compelling and attractive tax laws imaginable, especially for US citizens.

They were in the depths of a recession and looming debt crisis, and they needed some innovative thinking. So they passed a law that provides a 4% corporate tax rate to qualifying businesses, and a 0% tax rate on investment income.

This is unheard of, especially for US taxpayers. Because if you move here and become an actual, bona fide resident of Puerto Rico, and your income is ‘sourced’ from Puerto Rico, then section 933 of the US Internal Revenue Code states that you no longer have to pay federal income tax.

In other words, if you move to Puerto Rico and go through the application process, you could live virtually free of income or capital gains tax.

Even beyond the insane tax benefits, though, Puerto Rico is pretty great.

But this part of the Caribbean has a unique microclimate, in that it doesn’t get oppressively hot and humid like it does in other parts of the tropics. The weather here is very predictable and very stable; it’s basically the same temperature every single day, and there are seldom extremes.

Climate aside, Puerto Rico has, in my opinion, one of the richest, strongest cultures in the world. People here are US citizens, but they are Puerto Rican first… and proudly so.

If you think people from Texas are proud to be Texan, you should really come to Puerto Rico. They could put on a clinic here in national pride.

I would say, in fact, that people here are flamboyantly, aggressively Puerto Rican.

And it’s great. Culturally, Puerto Ricans are extremely welcoming and family oriented. They’re also tough. They take no bullshit from anyone. And there’s not a shy bone in their body.

I’ve traveled to more than 120 countries on all seven continents, and I honestly believe there’s a warmth and friendliness here in Puerto Rico that I’ve never experienced anywhere else in the world, except possibly for Brazil.

Now, I could go on and talk about plenty of other wonderful things about this place. But my goal is to give you a balanced view and a really good sense of the downside.

I’ve been living here for several years now, and trust me, there’s plenty of downside. The electrical grid barely scratches the surface.

The rest of the infrastructure is in terrible shape too. The roads are full of pot-holes, for example, and there’s no political will to fix them thanks to the comically bad government.

There are so many openly corrupt politicians here. And I’m not talking about subtle corruption, like US Federal Reserve officials who trade the stock market while they manipulate interest rates.

And I’m not even talking about blatant corruption, like how Nancy Pelosi has conveniently become one of the world’s greatest stock gurus.

There are so many corrupt politicians here, and they don’t even bother to hide it. Everyone knows they’re taking bribes, dipping in to public funds, re-routing resources for political gain, enriching their friends and families, etc. It’s just expected– that’s what politicians do.

But this behavior is directly responsible for the island’s never-ending economic depression.

The actual unemployment rate here hovers at around 7% to 8%. But in addition, 16% of the entire civilian labor force ‘works’ for the government here.

(By comparison, in the state of Texas, just 1% of the civilian labor force works for the state government.)

It’s nuts. The government, which is totally ineffective, is the #1 employer in Puerto Rico. In their efforts to give these people something to do, they’ve managed to create a mind-numbing bureaucracy that makes everything more complicated.

Another bizarre feature of living in Puerto Rico is the Jones Act, an old federal maritime law from the 1920s. The Jones Act requires any ship transporting goods to Puerto Rico to be US flagged.

So in other words, if there’s some product being imported from Europe, it first has to go to the US mainland, be offloaded there, then put onto another boat (which is US-flagged), then transported to Puerto Rico.

This adds several days to the journey of any products that are bound for Puerto Rico… which is especially irritating when it comes to fresh food.

Anything perishable like meats, fruits, vegetables, etc. are already well past their optimum freshness by the time they arrive to the grocery store shelves here. So most food is of a lower quality, simply because of this federal law.

The final point I would make about Puerto Rico is that you have to pay out the nose for all of this, especially now.

Real estate prices have gone through the roof over the past two years. And, if you’re living in some hot market like Austin or Miami thinking, “Yep, same here buddy,” then you haven’t seen anything yet.

Puerto Rican property prices, especially in neighborhoods popular with expats, have quintupled over the past 12-18 months.

And these price hikes are leaking out into the general housing market.

People with some falling-down shack in the middle of nowhere act like they’re sitting on the Taj Mahal and want $3 million for a piece of junk. It’s ridiculous.

The benefits of this place, including the tax incentives, are out of this world. But the costs of living in Puerto Rico are definitely rising.

Bear in mind there are plenty of other ways to save on taxes.

If you’re interested in moving abroad, for example, US citizens can take advantage of the Foreign Earned Income Exclusion. This gives you $112,000 (for tax year 2022) in tax free income if you’re a bona fide overseas resident.

Married couples can double that amount. Plus, throw in another $40,000 to $100,000 in overseas housing benefits, and you could be looking at around $300,000 per year in nearly tax-free income. That goes REALLY far in a place like Mexico.

If you’ve been thinking about moving to Puerto Rico to take advantage of the tax incentives, it may still be worth it. But definitely consider the costs and downside in your calculus.

And remember there are still plenty of options to save big on taxes, especially if you’re willing to move.