The incredible, intergenerational benefits of having a second passport 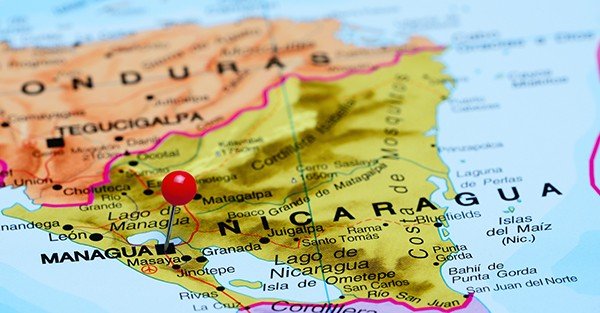 It’s been way too long since I’ve visited Managua, and since I was already nearby in Colombia, I thought it would make sense to come check out Nicaragua once again.

One of the people on my staff has a father from Nicaragua, and we were able to obtain a Nicaraguan passport for her as a result.

This is one of the things I encourage everyone to consider: having a second passport makes so much sense.

It means that, no matter what happens, you’ll always have a place where you’re welcome to visit, live, work, or invest.

And aside from a few places like Singapore or Israel where there may be military obligations when you obtain citizenship, there’s usually zero downside in having another passport.

The easiest way to obtain one is if you’re lucky enough to have an ancestor (best if it’s a parent) from a foreign country.

Many countries around the world, from Nicaragua to Italy to Australia, will award citizenship if you have a parent who is a national of that country.

Then there are other places like Poland, Hungary, and Ireland where you can claim citizenship if your ancestors go back multiple generations to grandparents, and potentially beyond.

Even if you’re not part of the lucky bloodline club, there are still other options available to obtain a passport.

For example, you could register for legal residency in a country like Panama (where I’m headed later this week.)

The process of obtaining residency is straightforward (and our recommended immigration attorney gets the job done very efficiently).

Plus once you’re approved, you don’t actually have to spend time in Panama; even with minimal time on the ground you can still maintain your residency status in the country.

And after five years, you’re eligible to apply for naturalization and a passport.

Most of all, though, having multiple passports is a fantastic insurance policy.

Look, I’m not a pessimistic person. But it’s quite obvious that freedom in the West is in steep decline.

The FBI’s own numbers prove that the US government stole more wealth and private property from its citizens last year through Civil Asset Forfeiture than all the thieves and burglars in the US combined.

The government passes hundreds of pages of innocuous rules and regulations every single day that you’ve likely never heard of; and yet many of them can carry extreme civil, monetary, and even criminal penalties.

Speaking of passports, you can’t even apply for a passport in the Land of the Free anymore without being threatened with fines and imprisonment.

It’s as if everything they do has to be through fear, intimidation, and coercion.

Something broke a long time ago in the relationship between the government and its people.

You can’t fix this problem by going down to a voting booth and casting a ballot for yet another candidate who promises hope and change.

But you can take steps to make sure that you’re not just some dairy cow to be milked by the establishment.

And you can reduce your exposure to the major financial risks they’ve created after accumulating so much debt.

I call this having a Plan B. And one of the major components of this is obtaining a second residency or passport.

There are so many options available, and most of the really good ones only require a small investment. So your return on investment is extremely high.

The best part about all of this is that, in addition to the benefits to your own freedom and finances, a second passport can extend to your family.

This means that potentially all your descendants down the line can benefit from the action you take today.

In this context, a second passport could very well be one of the best and most lasting investments you can possibly make, and real gift to all future generations of your family.

P.S. We’ve put together some of the most important, foundational elements of a Plan B into a brand new service, Sovereign Man: Explorer.

Inside, you’ll have access to everything you need to ensure that in just a few weeks you’ll have:

Click here to become a member of Sovereign Man Explorer.