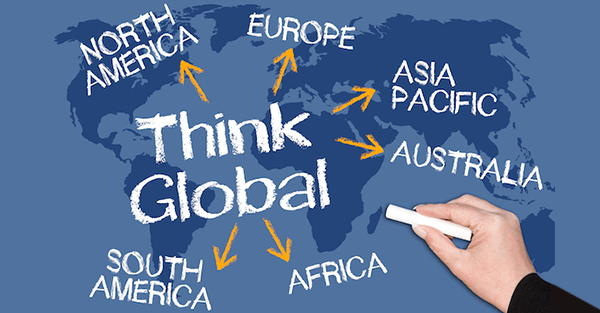 Last week when Uber finally went public, the stock set a record for the largest first-day dollar loss in IPO history: over $6 billion vanished from the company’s valuation in a matter of minutes.

But that shouldn’t be surprising since Uber doesn’t actually make a profit.

And the company acknowledged in its IPO filing that it may, in fact, NEVER turn a profit, given that it expects operating costs to “increase significantly in the foreseeable future.”

As we’ve discussed before, Uber is far from alone. Most of the new, high-flying, popular tech companies lose money and burn through their investor’s cash faster than a California wildfire.

And then there’s Netflix, which is actually in one of the worst financial positions imaginable.

Technically, Netflix is profitable; the company posted a $1.2 billion profit in 2018. But the devil is in the details…

After-tax Profit (also referred to as ‘net income’ or ‘earnings’) in many cases is heavily influenced and manipulated by bizarre accounting principles that don’t make sense in the real world.

A better measure of the financial performance of a company’s core business is Operating Cash Flow (OCF).

OCF strips out all the accounting gimmicks and focuses on how much money the core business earned.

And Netflix has NEGATIVE operating cash flow. It’s been negative for years.

In other words, Netflix loses money. And on top of that it has to invest billions of dollars more in new content… so they have to go deeper into debt each year.

But since the company technically shows accounting profits (despite being cashflow negative), Netflix has to pay tax.

It’s pretty much the worst situation a company can be in. Yet it remains one of the most popular stocks in the world.

It’s not just a select few companies either. Compared to historic averages, the entire US stock market is overvalued.

One notable measure is the ‘CAPE’ ratio or ‘cyclically-adjusted price/earnings ratio’.

The CAPE ratio refers to how much investors are willing to pay for every dollar of a company’s long-term average earnings.

The median CAPE ratio based on data that goes back to the 1800s is about 15.6, meaning that investors are typically willing to pay $15.60 for every $1 of a company’s long-term average earnings.

But for the last year or so, investors have been willing to pay about 30-34x annual earnings for the typical company in the S&P 500.

In other words, they’re willing to pay about twice as much as the historic average for the same earnings.

In both instances, stocks dropped more than 50% shortly after.

I don’t have a crystal ball, but it’s clear that we are overdue for a major correction.

Most people have been conditioned to think that the only investments available to them are stocks, bonds and real estate– and only in their home country.

But the world’s a big place. I’ve been to 120 countries all over the world, and there is no shortage of opportunity outside the mainstream, if you’re willing to look for them.

Next month, for example, we are taking our highest level Sovereign Man: Total Access members to one of the oldest cities in the world inside Uzbekistan for a boots on the ground look at some compelling investments.

After 25 years in power, the brutal post-Soviet dictator died two years ago, and his successor surprised everyone by implementing free-market reforms. He floated the currency, opened Uzbekistan up to foreign investment, and started privatizing government-owned businesses.

So instead of buying shares of expensive, loss-making companies, we are looking at companies selling for one to three times earnings in a rapidly growing economy.

Halfway across the world, a friend of mine based in Colombia is buying up small mom and pop shops for a fraction of their yearly profits– less than 0.5x earnings.

One of Tim’s recommendations, for example, was Kitagawa Industries– a mature, cashflow positive company with a stock price so low that the company was selling for LESS than the amount of cash it had in the bank.

Tim paid 76 cents for every $1 of cash the company had in the bank, not to mention all of the company’s other assets and income.

Kitagawa Industries, of course, is not a company most people have heard of. It’s not trendy like Uber or Netflix.

Call me old fashioned, but I still think the point of investing is to make money. So Kitagawa seemed like a much better deal.

Buying the stock of a company selling for less than the worth of its tangible net assets– or even better, less money than it has in the bank– provides substantial downside protection.

And, not surprisingly, Tim’s Kitagawa recommendation recently generated profits of 249% after just 17 months.

Bottom line– it’s a big world. There’s no reason to force yourself into expensive index funds or money-losing, popular investments.

There are always pockets of opportunity where you can make money without taking on the same level of risk.

It just takes a different way of thinking– an independent, global view and a willingness to look beyond what’s popular and mainstream.