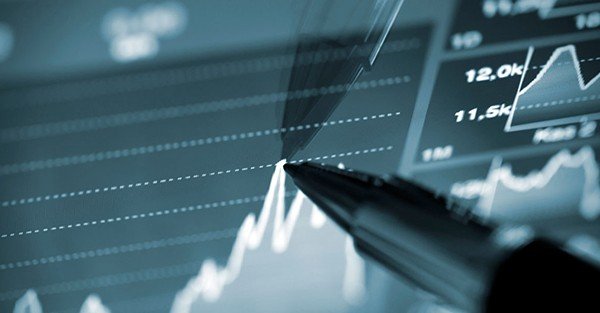 Those whom the gods wish to destroy they first pay too much.

How else to account for the astonishing $200 million lawsuit filed last week by billionaire bond investor Bill Gross against his former employers, Pimco?

Like so many legal actions, this is one case where you wish both sides could lose.

Then we had the comparably remarkable public defenestration of Daniel Godfrey, head of the UK fund management trade body the Investment Association, apparently for campaigning for greater transparency on fund fees and charges.

It’s as if the Investment Association were an offshoot of the Volkswagen management board. (Please don’t tell my mother I work in fund management– she thinks I’m a piano player in a brothel.)

In medicine, they have something called the Hippocratic Oath. It requires physicians to swear to uphold certain ethical standards.

An iatrogenic illness is one that is caused by the physician himself. Fund management doctors seem to be doing the best they can to kill their own patients. Science has a word for this, too. It’s called parasite.

There is a solution to all this insanity.

The title is an allusion to Keynes’ famous observation that fund managers, courtesy of endemic groupthink, tend to prefer (and consequently often deliver) conventional failure as opposed to unconventional success. Swensen himself has steered the Yale Endowment through many years of impressive investment returns.

The fund management industry involves the

“interaction between sophisticated, profit-seeking providers of financial services [Keynes would have called them rentiers] and naïve, return-seeking consumers of investment products.

“The drive for profits by Wall Street and the mutual fund industry overwhelms the concept of fiduciary responsibility, leading to an all too predictable outcome: except in an inconsequential number of cases where individuals succeed through unusual skill or unreliable luck, the powerful financial services industry exploits vulnerable individual investors.”

The nature of ownership is crucial. To Swensen, the more mouths standing between you and your money that need to be fed, the poorer the ultimate investment return outcome is likely to be.

In a rational world, investors would be well advised to favour smaller, entrepreneurial boutiques, or private partnerships, over larger, publicly listed full service investment operations – especially subsidiaries of banks or insurance companies – with all kinds of intermediary layers craving their share of your pie.

The rather sickening fight over the bonus pool at Pimco now being gleefully reported in the financial media is just one example of a large fund management organisation that appears to have entirely forgotten what its core purpose is, or should be.

This past week, and the conjunction of the Bill Gross lawsuit and the Investment Association’s Daniel Godfrey debacle, is likely to go down as one of the biggest fund management public relations disasters in history.

Before buying any fund, ask yourself some questions:

• How big is it? The tree cannot grow to the sky. But try telling that to Pimco, or to the average member of the Investment Association.

Managers’ pay is invariably linked to the size of funds under management. The more assets, the more pay. It takes guts, and principles, to turn money away and concentrate solely on investment performance.

• Has the manager invested his own money? If he hasn’t, why should you? Meaningful personal investment is by itself no guarantee of investment outperformance, but it shows the most basic alignment of interests between manager and investor.

• Is it independent, and owner-managed? David Swensen has gone on record saying he prefers the smaller, private partnership over the larger, listed full service operator. How many mouths must your fees feed?

• Is it an asset manager, or an asset gatherer? This gets to the heart of the challenge facing investors today. The investment world is polarised between asset managers, who focus their energies on delivering the best possible returns for their clients, and asset gatherers, who just want to maximize the number of clients.

Most fund management firms fall into the latter category. Favour the former.

How to distinguish between the asset managers and the asset gatherers? Try to find managers like the celebrated investor Jean-Marie Eveillard, who once remarked:

The managed fund marketplace is clearly much larger than it should be. It is oversupplied, and there is insufficient genuine talent and integrity to support the grotesque number of spurious, me-too funds out there all chasing a finite pot of capital.

After a disastrous week in the spotlight, asset management companies might wish to start cutting their fund ranges before the regulators force them to.