Even Warren Buffett is fed up with these guys. . . 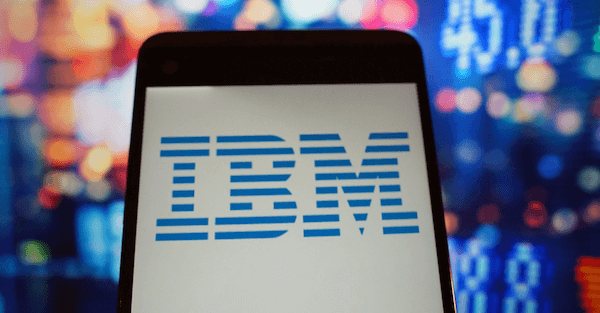 It wasn’t that long ago that IBM was easily the most dominant tech company in the world… the king of its industry.

Back in the 1980s nearly every large company, government, and institution used IBM’s products and services. It was the ultimate.

Yet over the last 30 or so years, IBM went on to miss literally every single major tech trend in the industry’s history.

Initially they totally owned the PC market… and then lost all of their market share to smaller rivals like Compaq and Dell.

They dominated in software… until that division too faded into obscurity as Microsoft became the industry leader.

While Apple was launching the iPod and iMac, IBM randomly decided to spend billions of dollars of its shareholder’s capital to buy a consulting division from the accounting firm PricewaterhouseCoopers.

They briefly tried their luck at enterprise services, but then got embarrassed by Google, Microsoft, and Amazon.

IBM has basically been directionless for years, frustrating even Warren Buffett.

Buffett was a longtime shareholder of IBM, and as an investor he’s notorious for holding his positions ‘forever’.

But even someone with Buffett’s long-term thinking got fed up with IBM’s lackluster performance and rudderless leadership… and Buffett finally dumped all of his IBM stock earlier this year at around a $1 billion loss.

Bear in mind that IBM is a declining business– its revenue has fallen for 22 consecutive quarters.

Now the company is trying to turn itself around and play catchup with the rest of the industry.

Their new solution is buying a software company called Red Hat… for $34 billion.

This is the largest deal in IBM’s long history, and one of the largest acquisitions in global financial history.

But what’s really crazy is that IBM paid a HUGE premium, essentially paying 60% MORE for Red Hat shares than what they were worth prior to the deal.

Seriously! IBM’s management could have made twice as much money for its shareholders by investing that $34 billion in 28-day Treasury Bills (which currently yield around 2%).

Maybe the Red Hat acquisition will work out. Maybe there’s some grand strategy that will finally stop the bleeding at IBM.

Frankly I’m skeptical. Red Hat is a great company, but their whole business model revolves around developing and servicing an operating system called Linux… which is actually freely available to anyone who wants it.

Good luck with that.

Again, maybe it works out. But at such a HUGE price point and crazy valuation, there’s a LOT of risk… way too much downside relative to the upside.

Smart investments are the exact opposite– very little downside relative to the upside.

One of the ways to get the odds back in your favor is to be extremely selective with what you buy (especially when we’re this late in the cycle).

Instead of overpaying for mediocre companies, or paying tons of money for wild moonshots, it just takes a little bit more work to find better value.

It’s like shopping for a car– you don’t walk into the first dealership you see and pay sticker price. That’s crazy.

Instead, you shop around, do some research, and maybe end up on a floor model liquidation at a huge discount.

Investing capital should be no different. Here’s a great example–

The company was trading for less than its net cash backing.

In other words, at the time of his recommendation, the value of all the shares of the company was actually LOWER than the amount of CASH the company had in the bank.

In theory you could have bought every share of the company, shut down the business, emptied the bank account to recoup your investment, and still had a few million bucks left over.

So the downside was obviously quite low. Yet there was significant upside potential given that the business itself was growing.

Eventually the rest of the market realized that this was an unbelievable deal. And the shares soared. (Tim’s 4th Pillar subscribers earned as much as 410% on the recommendation.)

That’s a perfect example of the types of gains you can achieve when you’re selective with what you buy… and only acquire high quality assets when they’re selling at discounted prices.

That leaves plenty of room for upside while limiting your downside.