Freedom and financial independence start with just one thing 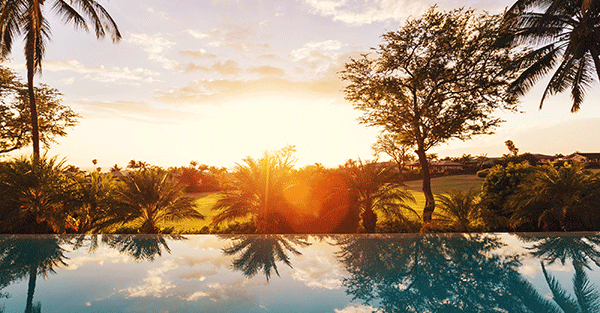 Or at least I thought I did.

This is something that every cadet in his/her junior year is able to do; banks line up to give us lump sum loans secured by our future earnings as Army officers.

I had grown up in a lower middle class household, so when a bank offered me $22,000, I jumped. It was more money than I had ever seen in my life.

I didn’t have a plan about what I would do with the money, other than some fantasy of turning it into millions of dollars.

Nor did I have any real investment education or experience.

But hey, I knew everything. So I took the money and went into debt.

That turned out to be a HUGE mistake.

Rather than take time to invest in my own education and learn from the most successful investors I could find, I assumed that I knew everything and proceeded to dump the entire loan amount in the stock market.

I so desperately wanted to be rich, and I tried everything, including buying all the hotshot Internet stocks that were going to the moon.

At first the portfolio did well, and it only encouraged my arrogance. Every dollar I made reinforced the absurd self-belief that I was a masterful investor and knew what I was doing.

Now, go back and read the first line of the article: “the year was 1999.” The dot-com bubble was at its peak.

Warren Buffett had famously warned investors that the market was in a massive bubble. And I remember thinking, “Who is that stupid old man, and what the hell is a bubble?”

But again, I knew everything.

Then the bubble burst. And not only did my profits evaporate, but even the principal amount started to shrink.

Desperate to recoup my investment losses, I started making even dumber decisions, like buying collapsing dot-com stocks on margin.

In other words, I borrowed even more money and combined it with the money I had already borrowed to buy the shares of terrible companies with no assets. Genius.

Unsurprisingly, within about a year of taking the original loan, I had lost it all. Every single penny.

Back then I considered $22k an unbelievable amount of money, and I thought I’d never recover.

In fact I spent the next several years of my life paying the loan back– precisely $404.33 per month.

Each month was a painful, humbling reminder of my arrogance and stupidity, and it motivated me to go out and properly educate myself.

But I learned that real education wasn’t taught in a traditional school system.

Sure, I could calculate the area of an isosceles triangle and recite the photosynthesis equation.

But none of my schooling had taught me the first thing about money, banking, business, or investment.

So I started finding mentors.

In 2001 I read Robert Kiyosaki’s seminal work Rich Dad, Poor Dad and was inspired to start investing in real estate.

After reading a half dozen other books on the topic to become knowledgeable, I looked in the county database to find the top 20 property owners in my area.

I contacted each of them and offered to buy them lunch. Most didn’t respond. A few declined. One guy accepted. Just one.

But I learned more in a few hours with him than I would have in years of school.

And the relationship that we kept up afterwards proved invaluable. It was like having a seasoned coach to help guide my decisions and keep me from making huge mistakes.

This was a big Eureka! moment for me– I realized how important and valuable it was to learn from experienced, successful people.

Think about it: with such a globalized world and our modern technology, there are countless opportunities to build a business and generate additional income.

These days it’s completely realistic to create $5,000 to $10,000 per month or more with a part-time side business… as long as you have the proper business education.

It’s the same with investing.

Did you know, for example, that generating just 1% more per year can turn into literally hundreds of thousands of dollars in additional gains for your retirement savings over a few decades?

With proper investment education, it’s completely realistic to not only avoid stupid losses, but to generate MUCH higher long-term returns… as well as create steady sources of passive income.

In our daily conversations we often discuss the concerning trends that freedom-minded people face.

Dozens of governments are totally bankrupt.

Most western economies are built on pitiful foundations of debt and consumption, rather than savings and production.

There’s been a sustained, long-term decline in freedom, and an alarming erosion of the middle class.

Central bankers have made interest rates negative, and there’s now over $10 trillion worth of bonds issued by bankrupt governments with negative yields.

It’s total madness and gets crazier by the day.

But with proper education, it’s possible to understand both the risks AND the solutions, like holdings some physical cash and precious metals to make sure you don’t become a refugee of our bankrupt financial system.

This is a major part of becoming a Sovereign Man: realizing that YOU have the power to create your own freedom and financial independence, no matter how crazy the world gets.

And it all starts with proper education. After all, the best investment you can make is the one you make in yourself.