Guest Post: The No. 1 reason you should AVOID index funds 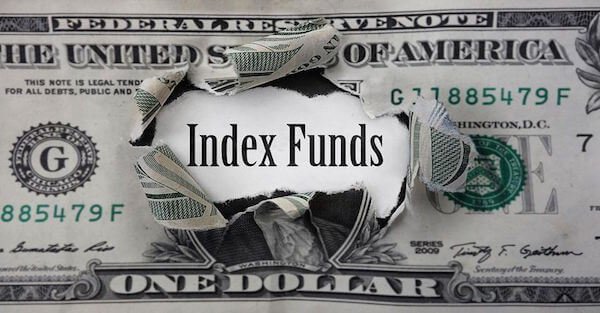 While I’m down in southern Chile today inspecting the farming operations of our thriving agriculture business, I thought I’d send you an excerpt from Tim Staermose’s quarterly update to his investors.

He also runs a small fund. And, over the weekend, he sent a note to his investors.

I thought it contained some really valuable insights, particularly about the risks of “index investing.”

Passive investing is one of the most popular strategies in the world today– don’t think about anything, don’t do any research, simply ‘buy the index’.

Tim’s comments below show that this can be a much more dangerous (and silly) investment strategy than most people realize.]

Let’s take a moment and look at the Russell 2000 in the United States.

If you’re not familiar with it, the Russell 2000 is an index consisting of smaller companies whose shares trade on various stock exchanges in the United States.

According to stock market data firm, Bianco Research in Chicago, 33% of the companies in the Russell 2000 lost money in 2017.

That’s pretty astounding. 2017 was an “everything is awesome” year in the United States. The economy was supposedly strong. Unemployment was low. Consumer spending was strong.

And yet, even despite these strong economic fundamentals, a third of these companies lost money.

More importantly, 404 companies within the Russell 2000– more than 20%– did not even generate enough revenue to pay interest on their debts.

Even within the S&P 500 Index (which consists of much larger, more ‘stable’ businesses), a full 8.3% of the companies within the index failed to generate enough revenue to pay interest on their debts.

All else equal, that means unless they can continue to issue more debt, a meaningful percentage of companies on one of the world’s broadest market indexes will most likely go bankrupt.

Would you really want to own such businesses?

I certainly don’t. And that’s why buying “the index” is anathema to me.

If you buy a Russell 2000 ETF, or the popular SPY ETF that tracks the S&P 500, you are essentially investing part of your portfolio in ALL these money-losing businesses.

Ironically, some of the most popular stocks right now– like Tesla– are in this category: they don’t generate enough revenue to pay interest on their soaring debts.

Shareholders in these firms are essentially betting that management will be able to continue borrowing until, hopefully at some point in the future, the businesses might eventually be able to cover their interest payments.

To me, buying stocks like this is not sensible investing. It’s a form of gambling.

Consider this the next time you think about buying into an Index Fund or ETF: do you really know the fundamentals of EVERY SINGLE COMPANY in the index?

If the answer is NO (which it probably is), then recognize that you are deliberately investing your hard-earned savings in an asset that’s selling near its all-time high without fully knowing what you’re really buying.

That strikes me as an incredibly difficult way to make money. . .