Here’s how people get fooled into buying bankrupt companies 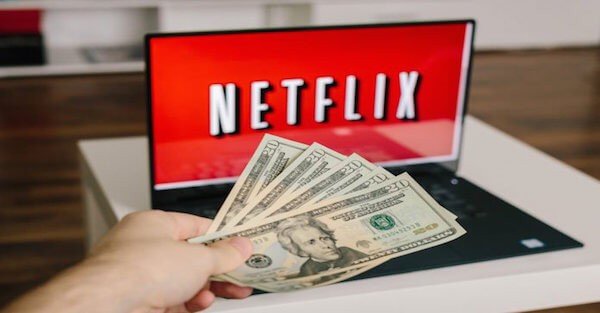 The store became popular and fairly profitable. So Grant opened another. And another.

Three decades later, Grant’s retail empire was generating $100 million in sales (an enormous sum back then). And by the time of Grant’s death in 1972, there were over 1,000 stores bearing his name.

Many of our subscribers may remember W.T. Grant. The chain was among the largest in the US at its peak.

And then something completely unexpected happened…

At the time, it was the second biggest bankruptcy in US history. And, like the downfall of Lehman Brothers and other big Wall Street institutions at the onset of the 2008 financial crisis, it was a shock to the world.

How could a company as big and profitable as W.T. Grant Co. go bust?

In the autopsy that followed the bankruptcy, accountants found that while the company was generating substantial PROFIT, it was not generating any CASH FLOW.

These two terms sound the same, but they’re dramatically different.

Due to these rules, companies are often required to adjust revenue and expenses for things like “depreciation”, or “foreign exchange gains and losses”.

These are all merely accounting terms that don’t directly and immediately affect cash balances. But they can dramatically impact “profitability.”

Here’s one example from my own experience: a few years ago, the large agriculture company that I founded here in Chile purchased a farm.

We bought it for far below the property’s market value.

It was a great deal for the business. BUT… accounting rules required that our company record a PROFIT based on the difference between what we paid for the property and what it was worth.

This idiotic rule made it seem like we achieved a profit simply for buying a property.

This makes no sense. In the real world, we would only earn a profit by SELLING the property for a higher amount than we paid. You can’t profit before you sell something.

It’s rules like this that make profit an unreliable metric.

CASH FLOW is much more accurate.

Specifically, OPERATING CASH FLOW tells us how much money a company makes from its business.

It strips out all the silly rules and focuses purely on how much cash a business generates from its operations.

Then there’s FREE CASH FLOW, which is the amount of money left over for investors AFTER a company makes all of the necessary investments it requires for future growth.

Cash flow is what counts. If a company has negative cash flow, it will eventually go under.

Profit can be misleading. And that’s what happened to W.T Grant Co. It was profitable but had negative cash flow.

Quarter after quarter, Netflix reports a profit. Just yesterday afternoon the company had its quarterly earnings call, posting a profit of $553 million. Not bad.

Yet when anyone dives just a little bit deeper into the numbers, Netflix’s cash flow is absolutely gruesome.

The company’s operating cash flow is negative. In other words, after stripping out all the unrealistic accounting nonsense, Netflix’s core business LOSES MONEY.

In fact Netflix’s operating cash flow has been negative FOR YEARS. And the amount of money its losing is increasing.

Throughout this period, the number of Netflix subscribers has steadily grown, now well in excess of 100 million.

And every time Netflix reports a big surge in subscribers, the stock price soars.

This is truly bizarre. Just look at the cash flow numbers: as the number of Netflix subscribers has grown over the years, the company losses have grown even more.

It reminds me of that old saying from the 1990s dot-com bubble– “We lose money on every sale, but make up for it in volume.”

The company’s negative operating cash flow doesn’t include the billions of dollars that it spends on content.

And on its quarterly earnings call yesterday, executives announced they will spend a whopping $8 billion on original content next year.

That’s $8 billion that they don’t have. And don’t forget the $1.4 billion operating cash flow deficit.

Where are they possibly going to find this money? Simple. Debt. Netflix will pile on more and more debt despite racking up enormous cash flow deficits.

Now, to be fair, it’s not unusual for a business to lose money for a period of time as part of a longer-term plan to generate strong cash flow.

But just look at this industry: it seems like EVERYONE is diving in to this original content game.

And some of them (especially Google and Facebook) have an endless war chest thanks to their cash-gushing core businesses.

Google’s parent company (Alphabet) reported free cash flow of $11.6 billion in the second quarter alone. So it could easily outspend Netflix and still have billions of dollars left over.

All of this competition is going to be great for consumers; these companies are collectively spending tens of billions of dollars to entertain us. And they’re going to lose money doing it.

But for investors this is sheer madness. Don’t be the sucker paying for other people’s entertainment.