How to make 13% on your favorite song 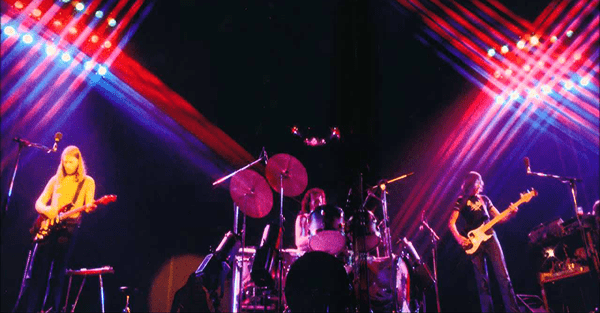 [Editor’s Note: As we’re coming up on the end of the year, we thought it would be appropriate to republish some of our most popular articles. Today’s was originally published on December 9, 2016]

Did you know that until June 28, 2016, the song “Happy Birthday” was actually copyrighted material?

Yes, I’m serious. And I’m talking about THAT Happy Birthday, as in the song we all sing at birthday parties.

The original melody was written by two sisters, Patty and Mildred Hill, back in 1893. But instead of “Happy Birthday” they called it “Good Morning to All.”

The Happy Birthday lyrics started appearing in the early 1900s, and throughout the 20th century the song became popular to sing at birthdays.

Now, remember that a song– any song– is a form of intellectual property, just like a patent, manuscript, or software code.

And when you own intellectual property, other people have to pay you for the right to use it. These payments are typically known as royalties.

The Beatles’ song Yesterday, for example, was originally written by John Lennon and Paul McCartney in the early 1960s.

Yesterday is one of the most popular songs in history, and it’s been covered by more than 3,000 other artists, from Frank Sinatra to Daffy Duck.

But each of those 3,000+ artists had to pay a royalty to John Lennon and Paul McCartney for the rights to use the song.

Similarly, the owners of Happy Birthday were receiving royalties on their song as well.

If you ever saw Happy Birthday sung in a movie or TV show, the song’s owners got paid a royalty.

The last owner of the song, Warner/Chappell music, claims to have been receiving a whopping $2 million PER YEAR in royalties on Happy Birthday. Unbelievable.

Earlier this year a judge ruled that Happy Birthday is now officially in the ‘public domain’ and free for everyone to use.

But it’s interesting to think about an asset like that: there’s some up-front work involved in writing a song, and then you can collect royalty income for years. Decades.

That’s a hell of an asset to own.

Of course, most of us don’t have the musical talent to crank out a hit song that can produce royalties forever.

Fortunately, we don’t need to.

Artists can create intellectual property. But as investors, it’s possible for us to BUY it.

Just like Apple stock can change hands between buyers and sellers, intellectual property can also be bought and sold.

For example, big technology companies like Google, Apple, Facebook, etc. have purchased tens of thousands of patents from inventors and designers.

Songs are the same way.

Paul McCartney used to purchase the rights to other artists’ songs (including Buddy Holly).

McCartney even coached Michael Jackson about making the investments– and Jackson famously returned the favor in the 1980s by buying the rights to a number of Beatles songs.

Artists understand that a hit song, like any great intellectual property, can be a fantastic investment… a gift that keeps on giving.

But again, you don’t have to be a rock star to make an investment.

These days, a lot of artists are hesitant to sell their songwriter credits; they’ve heard too many boogeyman stories about other artists getting screwed.

But there is a unique type of investment where both the artist AND the investor get what they want.

Rock stars will often get an advance when they sign a deal with a record label; it’s nothing more than a loan against the future earnings of the album.

Artists will also frequently seek an advance on their existing catalog of songs, backed by their royalty income.

So an artist that’s generating $1 million per year in royalties might get an advance for, say, $2-3 million.

The investor then receives ALL of the royalty income directly from the distributor until the loan is paid off.

Here’s the kicker– the interest rate on these loans is typically more than 25%!

Imagine getting a 25% return when your collateral is Yesterday, a song that has consistently generated millions of dollars in steady royalty income.

Unreal. The artist gets to keep the song. But investors are making out like bandits.

And it’s no wonder a handful of players in this space have been keeping the deals all to themselves.

But technology is now managing to upend this monopoly.

Some of my oldest and closest friends run an industry-leading website called RoyaltyExchange.com, which combines this royalty-backed advance loan with the Peer-to-Peer lending concept.

(Happily I became a shareholder in the business earlier this year.)

The website has brokered a number of major deals, from the Eurythmics to Barry White, in a way that allows individual investors to generate safe, substantial returns.

There’s more and more capital coming in to this type of asset, which pushes down the interest rates. But investors are still achieving yields of 9% to 13% on an annualized basis.

As with all things, this is definitely not for everyone.

But it’s a great example of the substantial investment opportunities that exist for people willing to look outside of the mainstream, made possible by industry-disrupting technology.