Investing through the Looking Glass 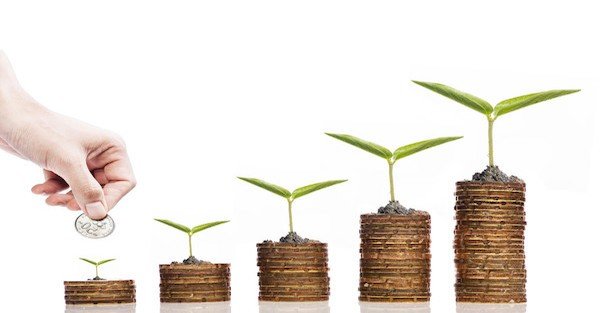 There are problems, and there are solutions. Problems first.

That a bank as big as RBS could crash spectacularly, twice, says something about the immutability of human nature. This is not to single out the Scots. Citibank, one of North America’s largest banking organisations, has also gone bankrupt at least twice.

Picking out another example, in the early 1980s the major US banks went on a lending spree in Latin America, determined to test the observation of Walter Wriston, a former head of Citibank, that “countries don’t go out of business”. But fairly soon afterwards, 27 countries did. In the summer of 1982, large American banks lost close to all their cumulative past earnings. The loss was equivalent to everything they had ever made in the history of American banking.

We have no choice but to use government money. US banknotes, for example, technically Federal Reserve Notes, bear the wording “This note is legal tender for all debts, public and private”. No other form of money is accorded that status. As savers and investors we are thus forced to play an inflationary game not of our own making, using rules designed by politicians and the banking lobby to dispossess us of our true wealth. The latest iteration of this long con is the currency depreciation that comes with quantitative easing (a polite term for money printing), the sole purpose of which is to refloat a sunk banking sector by instilling illusory faith in the buoyancy of asset prices. As the British economist John Maynard Keynes said, the process of currency debauchery “engages all the hidden forces of economic law on the side of destruction and does it in a manner which not one man in a million is able to diagnose”.

The financial theory behind CAPM [the Capital Asset Pricing Model] doesn’t hold up in any approximation to a normal financial market; it doesn’t work in theory or in practice. Building on the work of Harry Markowitz, the CAPM was the creation of Jack Treynor, William Sharpe, John Lintner and Jan Mossin. Sharpe, Markowitz and Merton Miller would go on to receive the 1990 Nobel Memorial Prize in Economics – always a dangerous sign – for their contribution to financial economics. Fischer Black and Myron Scholes would go on to develop the so-called Black-Scholes model for derivative pricing in 1973.

Bad economics. Overly crude modelling. Widespread adoption within the financial services industry. What could possibly go wrong? First the Long-Term Capital Management collapse and then the financial crisis of 2007/8 showed exactly what.

Adherence to flawed economic models helped trigger the credit crisis. Adherence to questionable economic theories has dictated our authorities’ response to that credit crisis. What if the authorities are simply wrong? Trillions of dollars, pounds and euros have been spent on quantitative easing and extraordinary monetary stimulus since the bankruptcy of Lehman Brothers. It is by no means clear that those trillions have been well spent.

You have probably never heard of Edward G. Leffler. But in the words of the Wall Street Journal columnist Jason Zweig, Leffler is “the most important person in mutual fund history”.

Leffler’s claim to fame is that he invented the open-ended fund. He originally sold pots and pans, but he was not slow to appreciate that selling investments might be more lucrative. In March 1924, he helped launch Massachusetts Investors Trust, the first open-ended fund. Its charter said that “investors could present their shares and receive liquidating values at any time.”

Its impact was similar to that of Henry Ford’s development of the assembly line. It turned asset management into an industrial process. Whereas closed-ended funds – in the UK we call them investment trusts – contain a fixed amount of capital, open- ended funds had the potential for unlimited growth. As Zweig fairly observes, like any human innovation, the open-ended fund could be used for good, or ill. At a stroke, the invention of the open-ended fund created a schism in the asset management industry. Institutional investors would thereafter have to make a choice. They could be asset managers, or they could be asset gatherers. But they could not be both.

It is certainly staggering that even after expanding its balance sheet by $3.5 trillion, the Fed has been unable to trigger visible price inflation in anything other than financial assets. One dreads to contemplate the scale of the altogether less visible private sector deleveraging that has cancelled it out. One notes that while bonds are behaving precisely in line with the Ice Age Thesis, stock markets – by and large – are not quite following the plot. Of course, if interest rates squat at zero or lower, and bonds are expensive, then investors will inevitably chase income and returns in a more attractive-seeming market – namely that for listed stocks. The by-product of these malign trends is that it makes rational investment and asset allocation, and more narrowly the pursuit of real capital preservation, almost impossible.

When it comes to dying hard, the cult of equities has few peers. You might have thought that two bear markets since the millennium, the Enron / Worldcom scandals, the Global Financial Crisis and the current widening stagflation would have beaten equity investors into some kind of sense of submission, or at least acceptance. Not a bit of it. Notwithstanding the fact that the FTSE 100 ended December 1999 at the level of 6930, and at the time of writing 17 years later stood at just over 6100, the investment media continue breathlessly to report stock market activity to the exclusion of just about everything else.

One of the iron laws of financial trading is that there is always someone out there smarter than you are. The billionaire Mike Platt, co-founder of the hedge fund BlueCrest, alludes to this law when he talks about the type of trader that would be a good fit for his business:

“I look for the type of guy in London who gets up at seven o’clock on Sunday morning when his kids are still in bed, and logs on to a poker site so that he can pick off the US drunks coming home on Saturday night. I hired a guy like that.”

In short, it helps to have an edge. And by definition, the mass financial media cannot give you that edge. You may think you’re pretty smart by subscribing to the financial cable channel CNBC. Think again.

So much for the problems. What about the solutions? Well, for those, you’ll simply have to buy the book.

‘Investing through the Looking Glass: a rational guide to irrational financial markets’ is published today by Harriman House.