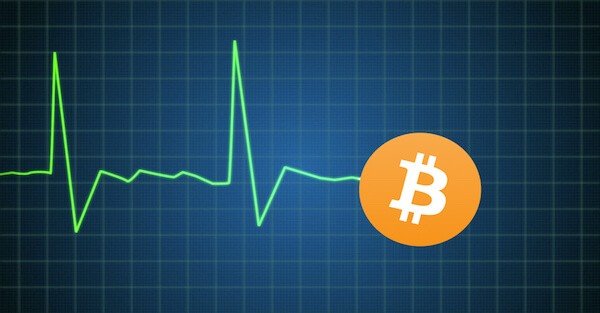 Think back to this time last year, around 2017’s Thanksgiving holiday in the US. . .

As you probably remember, BITCOIN was the dominant theme of the day, whether around the dinner table or in the news headlines.

Crypto prices had soared throughout 2017, climbing from $1,000 at the beginning of the year to around $7,500 by last November’s Thanksgiving holiday.

Then, over the course of that single weekend, Bitcoin jumped to nearly $10,000 as the buying frenzy heated up.

In a matter of days, crypto-broker Coinbase opened hundreds of thousands of new accounts during the 2017 Thanksgiving weekend.

Mobs of speculators were piling in, bidding the price up to new highs on a daily basis, until it cracked $20,000 a month later.

We started warning about this in early November last year, arguing that, while crypto represented great technology to improve the financial system, Bitcoin’s rapid price rise was “purely speculative… not sustainable demand,” and “anything that’s pure speculation is eventually going to pop.”

If things keep up this way, they may be proven right.

Bitcoin peaked in early January and has declined throughout 2018 along the lines of Hemingway’s famous quote about going broke: “gradually, then suddenly.”

What a difference a year makes.

Last December and in early January we wrote about how this could happen, explaining that crypto prices were ‘reflexive.’

In other words, as Bitcoin’s price rose rapidly, more people wanted to buy it because they believed the price would continue rising. This created a ton of demand.

But at the same time, very few people were willing to sell. Anyone who owned Bitcoin saw that the price was rising so rapidly and figured, “Why sell today if I can sell tomorrow at a higher price?”

It was all based on a belief that crypto prices would continue rising.

And as we wrote last year, it would work the same in reverse: everyone selling and few people buying causes huge price declines, which makes even more people want to sell and fewer people want to buy.

I personally know several die-hard Bitcoin fanatics who have finally capitulated and are selling out, getting whatever they can, while they can.

That’s because a lot of folks who profited from crypto’s price rise never actually cashed out.

They believed that the Bitcoin price would continue rising and made blanket assertions like “Bitcoin is going to $1 million. . .”

In the meantime, they loaded up on expensive houses, cars, boats, etc., much of it financed by debt.

Yet while the value of their crypto assets has collapsed 80% from the peak, they still have to service that debt.

So now even some true believers are selling in a panic, simply so that they won’t have to declare personal bankruptcy.

Does that mean it’s over? Are Bitcoin and its cousins headed for the historical dustbin alongside Dutch tulips and Pets.com?

There are so many worthless coins and tokens out there, and many of them are absolutely headed to zero.

Perhaps Bitcoin too. I’ve discussed a few times that Bitcoin is one of the most technologically INFERIOR cryptocurrencies, so it makes little sense that it should be the most valuable.

Personally I think there will continue to be demand for niche, utility-specific coins for things like privacy or more secure e-commerce.

The concept itself is still sound: a medium of exchange that isn’t controlled or manipulated by central bankers, that’s widely accepted across the world for online transactions with minimal costs.

That was the original idea behind Bitcoin as described in its first white paper a decade ago. And some iterative cryptocurrency may still realize that vision some day.

(This is no more far-fetched than Amazon.com gift cards being used as a form of money. . .)

As we’ve written a number of times, though, the bigger opportunity in crypto is in applying its core Distributed Ledger Technology (DLT) to the countless ways it can be used in commerce and finance.

Look at the banking system as an example: It’s almost 2019. Yet it still often takes 3-5 days to transfer money, whether it’s a domestic ACH transfer in the Land of the Free, or a cross border wire internationally.

Seriously. Are these banks loading crates of cash onto a boat and shipping money via sea freight to one another? It doesn’t make any sense.

Sending money should be as easy as sending email. And the Distributed Ledger Technology that was created around cryptocurrencies makes this possible.

Shockingly, banks are hard at work to make this a reality. It’s as if the rise of crypto finally scared them  into raising the bar and improving their services.

But there are countless other industries where these types of applications are sorely needed.

A few decades ago, entrepreneurs (and the investors who funded them) made vast fortunes applying the new technology of the consumer Internet in ways that fundamentally changed our lives– how we shop, share and store information, consume media, engage in personal relationships, etc.

That same opportunity exists today with crypto and DLT.

So from that perspective, this ride is far from over. It’s just beginning.