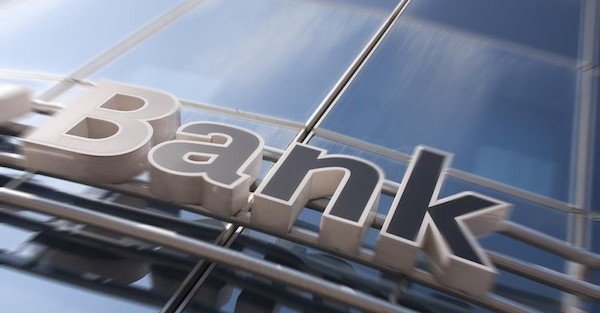 This is getting to be a habit.

Previous late summer holidays by this correspondent coincided with the run on Northern Rock, and subsequently with the failure of Lehman Brothers.

So the final crawl towards the probable nationalisation of Deutsche Bank came as no particular surprise this year, but it is tiresome to relate nevertheless.

The 2015 annual report for Deutsche Bank runs to some 448 pages, so one rather doubts if even its CEO, John Cryan, has read it all, or has a complete grasp of, for example, its €42 trillion in total notional derivatives exposure.

We’d suggest that it probably is, but we have no dog in the fight, having never either owned banks, or shorted them.

And like everybody else we assume that some kind of fix will soon be in – probably one that will further vindicate exposure to gold, both as money substitute and currency substitute.

Professor Kevin Dowd, asking whether Deutsche Bank ist kaputt, suggests that the bank’s derivatives exposure is difficult to assess rationally; the value of its derivatives book

“is unreliable because many of its derivatives are valued using unreliable methods. Like many banks, Deutsche uses a three-level hierarchy to report the fair values of its assets.

The most reliable, Level 1, applies to traded assets and fair-values them at their market prices.

Level 2 assets (such as mortgage-backed securities) are not traded on open markets and are fair-valued using models calibrated to observable inputs such as other market prices.

The murkiest, Level 3, applies to the most esoteric instruments (such as the more complex/illiquid Credit Default Swaps and Collateralized Debt Obligations) that are fair-valued using models not calibrated to market data – in practice, mark-to- myth. The scope for error and abuse is too obvious to need spelling out.”

Watching ‘The Big Short’ again over the weekend, it seems as much like the shape of things to come as a witty, if poignant, documentary about a historic failure of common sense. Nobody learns anything.

It is eight years since Lehman Brothers failed, and the financial system, especially in Europe, would seem to be in no better shape now than it was back then, going by the health of some of the region’s major banks, and also Barclays.

This also means that of this correspondent’s quarter century career to date in asset management, at least a third of that period, and probably closer to a half, has seen the industry in a state of acute crisis.

The universal onset of crisis fatigue amongst market participants may, then, account for the mood of general complacency that has so far accompanied Deutsche Bank’s slide towards insolvency if not yet outright irrelevance.

“Never let a good crisis go to waste,” Winston Churchill allegedly said. But Europe, for one, squandered all of those eight years. This is just one of many reasons why we voted Out. With luck the UK will manage to extricate itself from the EU chamber of horrors before the roof finally falls in.

On the fifth anniversary of Lehman Brothers’ bankruptcy, itself six months after the bail-out of Bear Stearns cited in the transcript above, Michael Lewis, author of the original ‘Big Short’, was asked in an interview with Bloomberg BusinessWeek whether he thought the company had been unfairly singled out when it was allowed to fail (given that every other investment bank would then be quickly rescued, courtesy of the US taxpayer).

“Lehman Brothers was the only one that experienced justice. They should’ve all been left to the mercy of the marketplace. I don’t feel, oh, how sad that Lehman went down. I feel, how sad that Goldman Sachs and Morgan Stanley didn’t follow. I would’ve liked to have seen the crisis play itself out more. The problem is, we would’ve all paid the price. It’s a close call, but I think the long-term effects would’ve been better.”

We happen to agree. A month from now, we’ll publish our new book: ‘Investing Through the Looking Glass: a rational guide to irrational financial markets’. It covers en passant the Lehman crisis, of course, but also the much wider financial landscape: a multi-decade bubble in debt for which Deutsche Bank may yet serve as the terminal pin, the fundamental and seemingly intractable problems with bankers, central bankers, economists, fund managers, and the financial media. Few prisoners are taken. Few deserve to be.

Lest this sound like a counsel of despair, ‘Investing Through the Looking Glass’ also offers practical and pragmatic suggestions for protecting and growing scarce investor capital amid the concurrent waves of deflation and inflation crashing against one of the most challenging financial environments that anyone alive has ever seen. Let us know if you’d like to attend the launch party.