Is there any new information that didn’t exist two weeks ago? 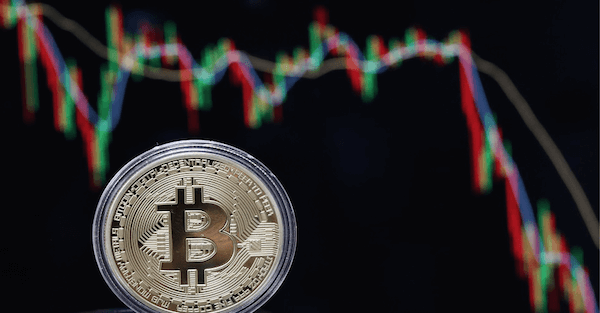 The year was 1720. And one of the smartest people to have ever lived had just made one of the dumbest financial mistakes imaginable.

Sir Isaac Newton was a genius in every sense of the word.

He practically invented the science and mathematics that is at the foundation of nearly every bit of modern technology that we enjoy today.

Newton was such an intellectual superhero that even Albert Einstein idolized him.

In fact Einstein wrote in a 1919 paper that “[Newton’s] clear and wide ideas will forever retain their significance as the foundation on which our modern conceptions of physics have been built.”

Yet Newton was a complete moron when it came to investing.

During his lifetime, the British Empire was becoming a major superpower and had colonies all over the world.

With so much new international trade under its control, Britain’s prosperity soared.

A handful of companies like the East India Company provided opportunities for investors to share in that prosperity. But the public was always clamoring for more.

So in the early 1700s, the British government chartered a new company– the South Sea Company– and awarded it a total monopoly on British trade in South America.

It seemed like a veritable goldmine, and investors clamored to buy shares.

Isaac Newton was one of those investors.

And initially it was a fantastic investment; Newton bought in early 1720, and within a few months he’d doubled his money. So he sold his entire stake.

Then something interesting happened.

Newton felt like a total buffoon for sitting on the sidelines while all of his colleagues were still makings tons of money in the stock.

So he got back in.

And, anxious to make back the profits he’d missed out on, Newton doubled down, investing an even bigger amount in the shares.

You know what happens next–

The South Sea Company turned out to be a complete bust. It turns out that Britain never really developed much trade with South America.

Yet the company had blown through most of the money, and there was nothing left for the shareholders. So the stock price quickly crashed.

Newton was broke. He lost his life savings, just seven years before his death.

Now, I’ve told this story a few times in this letter… because it’s so powerful.

Even one of the smartest people who ever lived made a terrible and completely avoidable mistake because he was driven by emotion instead of reason.

This has very much the case with cryptocurrencies over the past several months.

The prices of nearly every token and cryptocurrency have soared, and investors have clamored to chase their share of the easy profits.

Our advice in this column has always been to stay rational. Understand what you’re buying. And why.

Conduct your own independent supply and demand analysis, determining for yourself whether you think there will be MORE demand, or LESS demand, for that particular cryptocurrency in the future.

Think about the risks. Invest only what you can afford to lose.

It’s all simple but important advice.

(I recently prepared a free report that explains how I think about crypto’s value. It’s a great place to start if you want a different perspective on cryptocurrencies.)

But what I really wanted to talk about today was SELLING.

No doubt a lot of people are panicking. And when investors panic, they sell.

What I wanted to stress today is that the same lessons should apply, i.e. don’t sell because of an emotional panic.

Sell because you have a rational reason.

If you purchased cryptocurrency because you studied the market and formed a long-term view, ask yourself a question– has anything changed?

Sure, the price of Bitcoin (or Ether, etc.) has fallen. A lot.

But does that mean your analysis was wrong? Is there any new information today that didn’t exist two weeks ago about the future of cryptocurrency?

Maybe. Maybe not. But it’s worth asking yourself those questions before selling.

Sometimes the price of an asset collapses because there really is new information.

In September 2008, for example, the stock price of investment bank Lehman Brothers collapsed… because the market learned that the Lehman was insolvent.

This was critical new information, and a great reason to sell.

But often times investors hit the sell button simply because other people are selling.

So, once again, consider– if your cryptocurrency purchase was based on a sound analysis, is there any new information that suggests your analysis was wrong?

Or are you itching to sell simply because other people are panicking?

Again– I’m not suggesting you hold. Or sell. Or buy.

I’m suggesting that you be sure in your reasons for taking any action. After all, it’s your savings at stake.