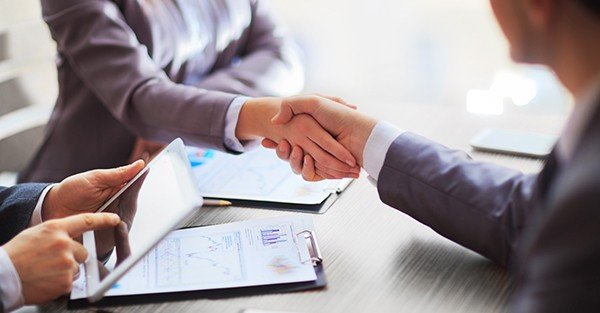 After a mind-numbing, year-long process, one of the longest business deals I’ve ever been involved with in my entire life finally closed a few days ago.

I couldn’t be more excited.

Through Sovereign Research’s parent company, we purchased a wonderful, Australia-based business that’s been around for over 20 years and is a pretty iconic brand in the country.

Plus, it’s had a long history of profitability and zero debt, so it’s a safe, stable source of cashflow.

And given the price we negotiated, we’ve picked this business up at an extraordinary discount.

Just looking at the net assets of the business—its inventories, receivables, tax credits, property, etc., we paid far less than what the company is actually worth.

Moreover, we expect to make all of our money back in about one year.

These are two of my most important investment criteria: how much am I paying relative to what a company is worth (i.e. price relative to its ‘book value’)?

The lower those ‘multiples,’ the better; we paid less than 1x book value, and roughly 1x earnings, so I know there’s a big margin of safety, and that we’ll quickly recoup our investment.

It’s difficult to find deals like this, and most of the time they’re only available with private companies.

As I wrote yesterday, shares in Netflix sell for an absurd 18x book value, and 328x annual profits!

This is nuts. Clearly the Australian business we just bought is a much better bargain, and it’s why I prefer to buy private businesses rather than popular Wall Street mega-stocks.

I do recognize that it’s much more convenient for most people to buy stocks; you just click a few buttons and you own shares.

This is a lot easier than spending a year of your life and millions of dollars to acquire a private business.

But investors do pay a steep price for the convenience of buying stocks on major exchanges… namely, dramatically overpaying for the investment.

On rare occasions, however, the stock market does provide some ridiculous anomalies.

We talked about some of these yesterday– like when a high quality, well managed company’s stock trades for less than the amount of cash it has in the bank.

As an example, our Chief Investment Strategist recommended a company to our 4th Pillar subscribers last month that had a market cap of $301 million, yet an incredible $523 million cash in the bank.

In other words, the market was giving us $222 million for free. That’s an amazing deal, even better than the business that I bought…

And go figure, the stock price is already up 20% in just a few weeks.

This kind of anomaly does happen from time to time in the stock market, depending on WHERE you look.

The US market is wildly overvalued. But right now we are finding several of these incredible deals in Australia.

And that’s another major benefit, especially for US-dollar investors.

Right now the Australian dollar has been hovering near a multi-year low against the US dollar.

It’s been as high as USD $1.10 per Aussie dollar over the last few years. Today it’s about 76 cents. The long-term average is between 85 and 90 cents.

So not only can you make money when your investment generates profit and increases in value, but you can also benefit when the foreign currency appreciates.

Clearly this is volatile; currencies can go up or down. But you stand a greater chance of gain when you buy a foreign currency well below its long-term historic average…

… and when your own currency is incredibly overvalued.

That’s what’s happening right now, especially between the Australian dollar and the US dollar.

US dollars have been overvalued against most currencies around the world for more than a year.

And since Australia is a major mining country, the Aussie dollar has been hit particularly hard due to the worldwide slowdown in commodities.

This means that US dollar investors can trade their overvalued currency for cheap Australian dollars, and then buy shares of companies that are selling for less than the amount of cash they have in the bank.

So now you can actually make money in at least two different ways– from the company, AND from the currency.

This has been an incredible investment strategy– it’s a great way to generate independent income, and something that anyone can do.

Many of these undervalued companies’ stock prices are as low as $1. So even with a small portfolio, you can accumulate plenty of shares.

(If you’re looking for greater international diversification and asset protection, you could open a brokerage account at Hong Kong-based Boom Securities– more on that another time…)