It’s been another tough week for Tesla… 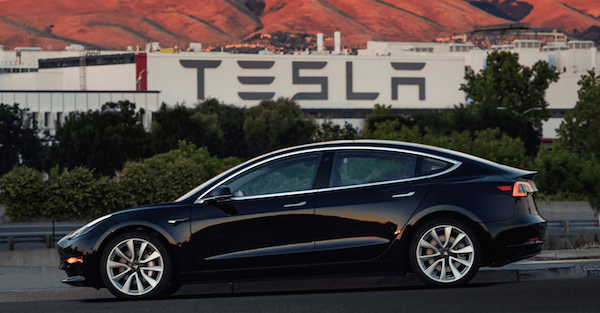 It’s been a tough week for Tesla.

Bloomberg Businessweek reported Tesla factory workers were given Red Bull to stay awake to meet aggressive Model 3 production goals (and told to walk through a raw sewage spill to keep the line moving).

(This means that customers who buy electric vehicles from Mercedes-Benz or BMW will receive the full tax credit, making those rivals more attractive.)

Not to mention, Tesla already has to contend with a $50,000 electric BMW i3 that has been leased for as little as $54/month.

At such a trivial price point, that’s pretty tough competition.

But the biggest blow for Tesla came from an ex-employee, now Securities and Exchange Commission whistleblower, Martin Tripp.

Tripp was fired by Tesla last month after allegedly hacking into the company’s computers, leaking false info to the media and stealing secrets (all of which Tripp denies).

Musk accused Tripp of “damaging sabotage” in an internal memo. He then engaged Tripp in an email spat that went public, telling him “you have what’s coming to you” and calling him “a horrible human being.”

On July 11, Tripp fired back by formally filing a tip with the SEC alleging Tesla lied to investors and used damaged batteries in its cars (which, come to think of it, do have a tendency to spontaneously combust.)

– Lowered safety standards, including placing battery cells too close to each other, which risks future combustion

– Reused parts that were deemed scrap/waste in vehicles

Clearly, Tripp’s accusations might be completely bogus. But he’s not the first to allege that Tesla has misled investors either.

After all, Tesla has been under federal investigation in a year-long government probe before… which is a pretty big deal.

So if Tripp’s allegations are true, Musk would be caught red-handed lying to investors about production numbers (which has a direct impact on the stock price) and disregarding safety issues to save a buck (which can kill people).

It’s convenient this is all coming out after Musk’s pay package, worth as much as $50 BILLION, was approved by shareholders… the largest CEO pay package in the history of the world.

Please consider this a commitment that I will fund fixing the water in any house in Flint that has water contamination above FDA levels. No kidding.

Listen, I’m not knocking the guy for trying to do some good. And in truth, I like a lot of what Elon Musk has done.

But if my shareholders just granted me a pay package worth $50 billion, you can bet I’d be laser-focused on creating value for them…

Or, at least generating some profits.

Don’t forget, Tesla has racked up $5 billion in operating losses under Musk.

And the company is likely going to need to raise somewhere between $5-$10 billion in the next couple of years to stay afloat.

We know it won’t actually make money by ramping up its production (for which its employees are having to pull all-nighters and walk through sewage) because the company actually loses money on each car it sells.

Remember the investor letter from hedge fund Vilas Capital Management, which is short Tesla and in April said “Tesla is going to crash in the next 3-6 months.”

Given that the company lost $20,000 per [vehicle] last year, due to the fact that it cost more to build, sell, service, charge and maintain these cars than they collected in revenue. . . we predict it will impossible for Tesla to make a profit on a $35,000 to $50,000 car.

– burning through billions of dollars of shareholder capital

This is a pretty clear sign of investor euphoria.

As Warren Buffett says, when people get greedy, it’s time to be fearful. Not only is the action in Tesla a sign of greed, it’s also a sign of complete ignorance of reality.