Kings of the wild frontier 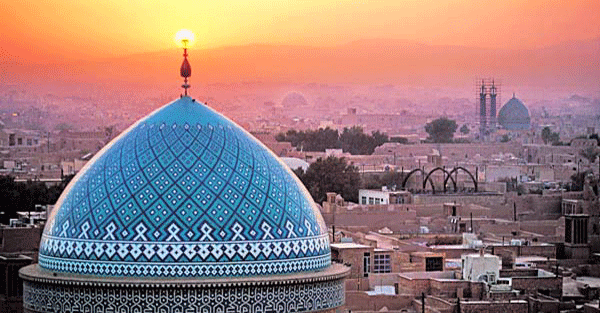 “Simple but not easy”
– The title of Richard Oldfield’s book about value investing.

It has a young, highly educated population. 60% of its people are under the age of 35. It has a literacy rate of over 85%. Almost a quarter of a million new engineers graduate from its universities every year. And its stock market trades on a price/earnings multiple of just 5.5 times, with a dividend yield of 13%. Welcome to Iran.

Is this one of the investment world’s big opportunities, asks Merryn Somerset-Webb in her FT column this weekend? It very well might be. The question for foreign investors is whether those attractive valuations offer sufficient compensation for the clear geo-political and resource-related risks that come with investing today in the Middle East. Nobody knows the answer to that question. But purely from a valuation perspective, Iran certainly looks interesting, albeit with the inevitable caveats that come with frontier market investing.

And not just frontier investing. It is a characteristic of true value investing that any manager genuinely practising it encounters scepticism or outright hostility on the basis of what often appears to be either a contrarian streak or outright madness. Although there is a growing body of statistical evidence that value investing is one of the most successful long term investment strategies (last week we cited James O’Shaughnessy’s 52 year study from the US stock market, which saw a $10,000 portfolio of 50 stocks with the lowest price/book ratios, for example, compound to over $22 million), it remains on the fringes of acceptable investment practice, because it’s emotionally difficult to pursue – both for investment manager and investing client.

Richard Oldfield, presenting at the Ben Graham Centre for Value Investing at the Ivey Business School in January, mentions three attributes often associated with value as an investment strategy: patience; a tolerance for pain; and a margin of safety. Any value investor who remembers the first dotcom boom will relate to the first and second attributes. Any value investor who held the course into 2000 and subsequent years will appreciate the third. True value investing ensures that you never consciously overpay for high quality assets – but you may need to wait for the market to wake up to the inherent value you’ve found.

There’s certainly no need to rush into bonds. The rolling black comedy that is the bond market lurches ever further into the mire of absurdity. Italy, for example, has the second highest public debt burden in Europe after Greece, and yet last week its three year bonds joined those of other countries trading at a negative yield. Investors are paying to own debt issued by an insolvent government. In what universe does that even make sense? $5.5 trillion of debt now offers the prospect of a guaranteed loss to those “investors” electing to hold it to maturity. Last week Mario Draghi took the ECB and euro zone interest rates even further into the Twilight Zone. Will negative interest rates improve prospects for the banking sector or trigger economic growth? We think the answer is definitively No. But they do reinforce the case for bonds now being an uninvestible asset class.

Which leaves equities as the logical ‘default’ option for investors looking for either income or growth. But the problem of valuation then arises. Which equities offer the likelihood of meaningful capital growth without their valuations having already been dangerously distorted by over-generous monetary stimulus?

“I have no desire to tempt fate but it does seem increasingly clear to me that in the first six weeks of the year, global financial markets lost their collective marbles, jumping nervously at shadows that were largely of their own creation. Since the middle of February (the MSCI Global Index bottomed on the 11th February), the markets have, a little shamefacedly, been pulling themselves together and both equities and commodities have rallied rather impressively.”

That applies, perhaps even more strongly, to emerging markets too. MoneyWeek points out that both pricing in, and sentiment towards, emerging markets may also have turned. They cite Robert Arnott and Christopher Brightman of Research Affiliates who suggest that emerging markets “appear to have bottomed”. The MSCI Emerging Market index has risen by roughly 15% from its post-crisis low in January.

Here’s a developing market we think is more equal than most. It has a population of 94 million, 50% of whom are under the age of 30. It enjoys a 93% literacy rate. It has average wage costs less than a half those of China, and as a result is the most popular destination for foreign direct investment in Asia. It will benefit from the implementation of a free trade agreement with the EU this year. A Trans-Pacific trade partnership was signed in October 2015, which gives this country preferential access to the US and Japan. These markets already account for 29% of this country’s exports and it already runs trade surpluses with both of them. Foreign ownership limits were lifted in this stock market in June 2015. This is currently a ‘frontier’ market but MSCI is widely expected to redesignate it an ‘emerging’ market within the next 12 to 18 months. That redesignation, as and when it comes, will open the floodgates to billions in foreign investment capital.

You can perhaps see why our global value fund has a 15% exposure to this market. But it’s not on an indexed basis. Much of it is with a manager whose existing value fund has delivered returns of 297% over 4 years while the index has returned 16% over the same period. (The balance is with a top-performing pan-Asian value fund which is now closed to new investors.)

All of which suggests, to us, that there is genuine value out there, but much of it is concentrated in pots of gold hidden along “the road less travelled”. As Warren Buffett said, it is difficult to buy what is popular and do well. As the ad says: Think Different.