Look at how well gold has retained its value from 1,000 years ago 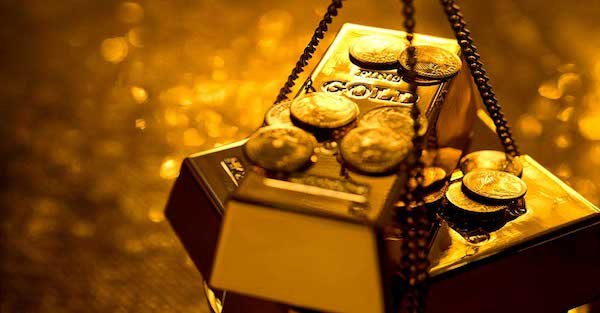 On October 12, 929, roughly 1100 years ago, Abd-ar Rahman III of the Umayyad Dynasty was proclaimed ruler of Cordoba– the Islamic kingdom that comprised most of Spain at the time.

Rahman was just 21 when he ascended to power, and he remained there for nearly 50 years as one of the wealthiest and most powerful monarchs in Europe.

Historians Denis Cardonne and Edward Gibbon calculate his annual tax  revenue at approximately 12 million gold dinars… which was a LOT.

The dinar contained 4.25 grams of gold, so 12 million of them would be worth about $2 billion today.

With Cordoba’s population estimated at around 500,000 people back in the early 10th century, that works out to be the modern day equivalent of $4,000 in tax per person.

The most recent data from the Internal Revenue Service, for example, shows  that the average individual income tax is just over $4,000 for every man, woman, and child in the Land of the Free.

(Most of the country, of course, pays nothing.)

It’s an interesting data point that shows just how well gold retains its value over long periods of time.

Records from the same period in Islamic history show that the homes of wealthy individuals were worth between 10,000 and 30,000 dinars, and much higher among the ultra-rich.

Day-to-day, month-to-month, and year-to-year, the price of gold can fluctuate inexplicably.

But over the long term, whether you’re comparing loaves of bread, home prices, or government tax revenue, it REALLY holds its value.

This is one of the things that makes gold such an excellent hedge against political uncertainty, macroeconomic challenges, financial crises, inflation, etc.

Said another way, gold is great insurance policy for all the “I don’t knows.”

Uncle Sam is burning through cash so quickly that even the Treasury Department expects trillion+ dollar annual budget deficits from now on.

Literally just THREE major line items from the federal budget– Social Security / Medicare, Defense spending, and interest payments on the debt– cost more than ALL the tax revenue that the government collects.

They have to go deeper and deeper into debt to fund EVERYTHING ELSE in the federal government– from Homeland Security to national parks to the light bill at the White House.

That’s not good, considering these ballooning deficits are coming at a time when interest rates are RISING.

So the more debt the government accumulates, their interest payments are growing even more rapidly.

Debt is rising so fast that the Congressional Budget Office estimates interest payments will exceed DEFENSE spending within a few years.

Historically speaking, that’s usually the kiss of death for any empire… when it costs more to service the debt than to defend the nation.

And, not to be a downer, but most of these problems are getting much worse.

10,000 Baby Boomers are retiring every day. And that means ballooning Medicare and Social Security payments.

Meanwhile, there are fewer and fewer young people entering the work force to pay into America’s broken pension system.

In 1960, for example, there was an average of 5.1 workers in the US paying tax into the Social Security system to support every single retiree drawing benefits.

Pension funds rely on a steady, growing population and work force to remain stable. So this is pretty much a disaster for Social Security.

The US fertility rate, by the way, is at a record low. So this problem is worsening by the year.

(And the pension / demographic fundamentals in Europe and Japan are even WORSE than they are in the US. . .)

And, remember, all of this is happening at a time when the economy is doing well.

Across the water, Europe is drowning in debt with radical political parties taking hold.

Japan, the world’s third-largest economy, has a debt-to-GDP ratio of 236% – more than double that in the US.

Japan’s debt is so huge that the government has to spend nearly 25% of tax revenue just to pay INTEREST!

So let’s just take a step back and summarize–

And most of the other top economies in the world (Italy, France, etc.) are drowning in debt and economic stagnation.

It’s impossible to predict EXACTLY how this is going to play out. Or when.

But it certainly seems sensible to have some insurance.

Gold has been around for thousands of years. And, as we discussed earlier, it has a great track record of maintaining value.

But with nearly every other asset in the world trading at / near record high prices today, gold is on sale.

(In addition to a low price, there are supply constraints in the gold sector, which could be a major catalyst for higher prices.)

The time to buy insurance is when it’s cheap. . . and when you don’t need it. Because when your house is on fire, it’s already too late.