Read this before doubling down on Ripple 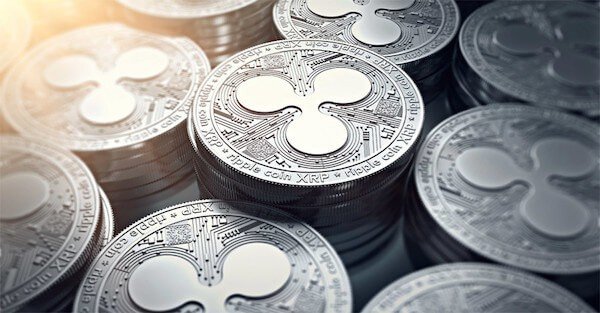 You’ve probably heard that Ripple (abbreviated as XRP) has soared, more than tripling since Christmas.

In the incredibly faddish and volatile cryptocurrency sector, this makes Ripple the flavor of the month.

Now… this week we’ve been talking about avoiding MAJOR mistakes.

Remember– it won’t matter how much success you achieve if you lose it all from making bad financial decisions.

This is one of the simplest financial maxims to live by.

Most of the time, catastrophic financial decisions are completely avoidable if we exercise common sense.

As we discussed yesterday, there’s not a whole lot of common sense these days in the cryptocurrency space.

Crazed speculators continue to bid up cryptocurrencies to greater heights without the slightest understanding of what they’re buying.

How many people who are bragging about how much they made in Bitcoin have even bothered to read the original 9-page white paper, or have the foggiest idea what a Merkle Tree is?

Now we’re seeing another mad rush into Ripple (XRP). And if you’ll indulge me for a moment, I’d like to provide a bit of perspective.

First and foremost, RIPPLE IS NOT A CRYPTOCURRENCY LIKE BITCOIN.

While Bitcoin and most cryptocurrencies were designed to function as a medium of exchange, XRP is an institutional cross-border settlement asset designed to optimize bank liquidity.

(That’s a mouthful. And if you have no idea what that means, you might want to think twice about buying.)

More importantly, XRP is only a -part- of what Ripple is really all about.

Ripple is fundamentally a technology that was developed to solve the enormous challenges plaguing international bank payments.

The process of sending money from one country to another is incomprehensibly slow and expensive, riddled with fees and bureaucracy.

It’s 2018. Sending money should be as easy as sending email.

As the CEO of Ripple Labs (the company which created Ripple and XRP) joked recently, the fastest way to send money from New York to London today is to get on a plane with a suitcase full of cash.

Ripple’s technological platform, which includes what they call the Interledger Protocol (ILP), streamlines and links various payment networks together so that they can transact in real time.

And they’ll be able to settle with each other almost instantaneously.

While Bitcoin transactions can take an hour to clear (and sometimes several hours when the network is congested), Ripple takes about 4 seconds.

And in terms of scalability, Bitcoin is only able to process around 5-10 transactions per second.

Ripple is able to do 200x that, and they’re aiming for 40,000+ transactions per second, which would put the technology on par with Visa and Mastercard.

This speed and efficiency dramatically reduces the cost of financial transactions.

It’s probably obvious by now that Ripple is a tool for BANKS and other major payments institutions like Western Union.

It was not designed to be a speculation for small investors.

Nevertheless, the XRP price is soaring.

By the way, XRP’s price is already up 500x over the past twelve months. That makes Bitcoin’s 15X price gain look tame by comparison.

But now that Ripple is all over the news, speculators are gobbling up XRP like crazy.

By that I mean– as the price goes up, the asset becomes more attractive. People tend to be psychologically attracted to assets that are rising.

As we saw with Bitcoin last year, this reflexivity phenomenon can create very rapid price increase.

But it works the same in reverse, i.e. the price can crash just as quickly.. .

… which leads me back to avoiding major mistakes.

I know there are a lot of people who feel like they ‘missed’ Bitcoin’s rise. And they’re viewing XRP as an opportunity to make up for that.

Again, I’m not suggesting to NOT buy XRP.

Ripple’s underlying technology is quite interesting; I started my own bank a few years ago and have been looking at adopting Ripple for some time (though it does have some serious drawbacks).

What I am suggesting is to stay rational.

Avoid major financial decisions that are driven by powerful emotions like greed and Fear of Missing Out (FOMO).

If you want to buy Ripple, learn about it.

(Here are a few resources, including a short interview with the CEO, as well as a highly technical presentation. Plus I’ll do a more in-depth podcast about it soon.)

And, if after your research you decide that you want to buy, only speculate with what you can afford to lose.

As a final point, XRP is surging because of rumors that it will soon be offered for purchase at Coinbase, the #1 crypto exchange in the world.

If/when this happens, Coinbase’s millions and millions of users could push the price even higher.

This is a key reason why small investors are scrambling to buy XRP now, in anticipation of the ‘Coinbase Effect’.

So if you do decide to buy now, you’ll have to do so via another exchange like Kraken or Bitstamp.

Given the backlogs it will probably take a week or two to open an account.

So if you think you even -might- be interested in XRP, it wouldn’t hurt to start the account-opening process now.

It’s free, so there’s no downside, even if you decide later to NOT buy XRP.