Reason #437 to own gold: The Fed wants Negative Interest Rates 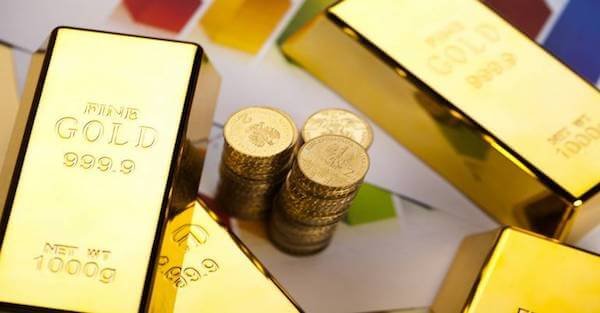 And just like that, it seems we’re headed back to quantitative easing…

After cutting interest rates to nearly zero following the 2008 crisis, the Federal Reserve starting raising rates near the end of 2015 (from 0.25% to 2.5% today).

Following the most recent hike in December 2018, Chairman Powell seemed hell bent on further tightening, saying “some further gradual increases” were in the cards.

Investors were in panic mode and calling for the end of the world.

The pain was too much…

The new chief economist for the International Monetary Fund praised the move, saying she sees “considerable and rising risks” to the global economy.

And no surprise here, but Paul Krugman also supported the Fed’s policy. He’s also worried about a possible recession… but more worried the Fed won’t be able to cut rates low enough.

Now, the market is putting the likelihood of a rate hike this year at ZERO… and it’s expecting a rate cut next year.

Both the European Central Bank and the Bank of Japan were supposed to start tightening policy and raising rates… now, they are both considering cutting interest rates even deeper into negative territory.

And after a 20% drop in US stocks, the Fed has taken its foot off the pedal. But the people still want more…

The President of the Federal Reserve Bank of St. Louis thinks current interest rates are “too restrictive.” He too wants lower rates.

The San Francisco Fed agrees – they were singing the praises of negative interest rates in a recent research paper, saying they would have helped the economy recover even faster after 2008.

And SocGen economist Albert Edwards thinks the US will see negative interest rates and helicopter money (meaning central banks will print money and give it directly to the people) during the next recession.

When you’ve got Fed banks publicly praising negative interest rates, get ready… because it means they’re considering bringing negative rates to the US.

And that’s incredibly bullish for gold.

We’re not the only ones who think so…

The price of the yellow metal is trading at an eight-month high above $1,300 an ounce.

And central banks are buying hand over first. In fact, the folks that control the world’s money supply, are buying gold at the fastest pace since World War II.

Oh, and they’re lightening up on Treasurys at the same time (foreign purchases of Treasurys through October of last year were down by 50%).

The controllers of the printing press are trading their fiat for gold – and its 5,000 year history as the risk-free asset.

I guess people no longer want to lend money to a government that has no chance of ever paying it back.

Another is that we’re not finding any new gold.

Gold and gold stocks have been out of favor for years, so mining companies slashed exploration budgets to 11-year lows to tighten their belts.

As a result, they’re finding less and less gold. So when demand really starts to heat up, the gold probably won’t be there…

Lots of the biggest players in the gold space have been warning about this set up.

Just a month ago, Newmont Mining, one of the biggest players in the industry, acquired Goldcorp for $10 billion.

And in September of last year, Barrick Gold bought Rangold Resouces for $6 billion.

I wouldn’t be surprised to see a lot more deals in the sector (especially if the Fed does cut rates again, making money cheaper).

So we may see negative interest rates in the US, meaning you earn more holding gold (nothing) than you do losing money in cash.

And some of the biggest players in the gold sector are warning we’ve seen peak gold production.

Also, the biggest pools of money on the planet – central banks – are loading up on gold.

Historically, gold has been a fantastic leading indicator of central bank policy…

And if it runs higher from here, which we fully expect, it means all hell is about to break loose.

I’d recommend adding to your position while you still can.

You can buy physical gold, gold stocks, an ETF… or you can issue loans backed by gold with Silver Bullion.

But here’s one of my favorite ways to buy gold today (it’s almost never been this cheap).