The entire financial system is exposed to this junk bond market 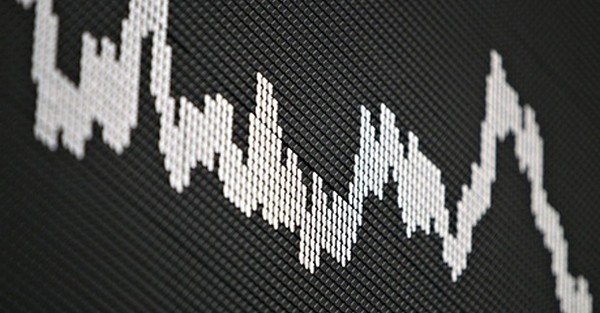 Japan got there first. 15 years ago, we met a Japanese equity manager who made an astonishing prediction:

“Japan was the dress rehearsal. The rest of the world will be the main event.”

That seemed an extraordinary suggestion 15 years ago. Today, not so much.

In the aftermath of the late 1980s real estate and stock market bubble, and its subsequent banking crisis, Japan became a giant laboratory experiment for novel insane monetary policies.

In 2001 the Bank of Japan tried Quantitative Easing. It was a policy that Richard Koo of the Nomura Research Institute described as the “greatest monetary non-event”.

It turned out, not for the first time, that academic economists had it all wrong.

Borrowers, not lenders, were the fundamental bottleneck in Japan’s recession:

“The central bank’s implementation of QE at a time of zero interest rates was similar to a shopkeeper who, unable to sell more than 100 apples a day at $1 each, tries stocking the shelves with 1,000 apples, and when that has no effect, adds another 1,000.

As long as the price remains the same, there is no reason consumer behaviour should change – sales will remain stuck at about 100 even if the shopkeeper puts 3,000 apples on display.

This is essentially the story of QE, which not only failed to bring about economic recovery, but also failed to stop asset prices from falling well into 2003.”

The central banks of the rest of the developed world have had more success in boosting asset prices through their own deployment of QE, but they have had just as little impact on their real economies.

What QE has done is made the asset-rich richer, and the poor relatively poorer. Inasmuch as social equality is a stated aim of most governments, QE has been a disaster.

But it has done wonders for bond prices.

John Seagrim of CLSA points out that despite having yielded very little for a very long time, Japanese Government Bonds (JGBs) have been surprise performers in 2016.

Assuming investors hold the JGB to maturity in 2056, they will achieve a total return of just 2.96 percent over the life of the bond, not accounting for inflation or taxes.

If they bought and held a Topix ETF (Japanese stocks) instead, they would earn a current dividend yield of 2.37 percent per year, not including any gains from potential appreciation in the share prices.

Of course, many government bonds are more expensive than the 40 year JGB in that they offer no yield whatsoever, or only a negative one.

10-year German bonds currently yield minus 0.07 percent. 10-year Swiss paper currently yields minus 0.64 percent. The 10-year US Treasury yield of 1.58% seems almost too good to be true at this point, a sad reflection of our investing environment.

Yet somehow, despite policy failures that are made obvious by the lowest interest rates ever recorded in human history, a persistent narrative still dominates financial markets: all-knowing, omnipotent central bankers are still in full control of the situation and will do ‘whatever it takes’ to maintain order.

As Richard Koo puts it:

“Even though QE failed to produce the expected results, the belief that monetary policy is always effective persists among economists in Japan and elsewhere.

To these economists, QE did not fail, it simply was not tried hard enough. According to this view, if boosting excess reserves of commercial banks to $25 trillion has no effect, then we should try injecting $50 trillion, or $100 trillion.”

But investors are starting to realize that ‘whatever it takes’ may not be enough.

Ben Hunt of Salient Partners writes convincingly that this status quo narrative is starting to falter very badly, and in the face of events like Brexit, becoming harder and harder to maintain:

“… status quo political and economic institutions – particularly Central Banks – have failed to protect incomes and have pushed income and wealth inequality past a political breaking point.

They made a big bet: we’re going to bail-out / paper-over the banks to prevent massive losses in the financial sector, we’re going to inflate the stock market so that the household sector feels wealthier, and we’re going to make vast sums of money available for the corporate and government sectors to borrow really cheaply.”

Narratives die hard, but when the ‘omnipotent central bank’ narrative finally and conclusively fails, bond investors will suffer a religious experience as the market rushes to reprice these heavily overvalued bonds.

Think about it: how much will a bond with a NEGATIVE yield be worth on the day that investors lose confidence in their central bankers’ abilities to control the weather financial markets?

Investors holding these junk bonds are going to take a big hit.

Here’s the rub: even if you don’t own bonds personally, you may still have significant exposure.

More than likely your pension fund and your bank all have substantial positions in low (or negative) yielding debt. So there may be a system-wide hit once this repricing occurs.

“Our portfolios should minimize the maximum risk the world actually presents, not maximize the reward our crystal ball models predict. . .

For me, that means real assets and real yield, fractional ownership in real companies with real cash flows from real economic activity with real people. You know, what a stock market used to mean before it became a Central Bank casino.”