The one way governments could actually kill Bitcoin 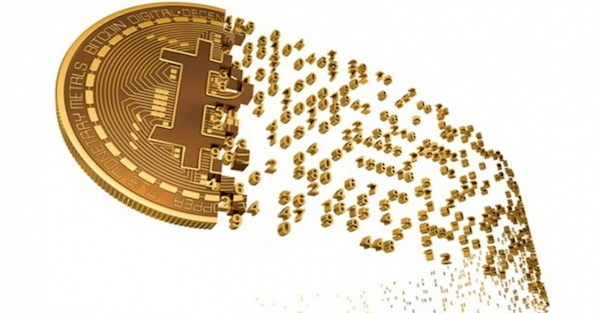 This must be a record for Mr. Dimon, who seems to have barely been able to last an hour without calling out Bitcoin as a “fraud”, or a refuge for criminals and North Koreans.

On Thursday, Dimon downplayed the importance of Bitcoin during a teleconference with journalists, and then said he wouldn’t talk about cryptocurrency anymore.

One day later, Dimon was talking about cryptocurrency again, this time at the annual meeting of the Institute for International Finance.

Dimon’s rant was in top form, and he went back to his core material– governments won’t allow Bitcoin to exist, it’s only useful for criminals, etc.

He was later joined by his sidekick Larry Fink, Chairman and CEO of Blackrock (the largest investment management firm in the world with over $5.7 trillion under management).

Fink stated succinctly that Bitoin is “an index for how much demand for money laundering there is in the world.”

Now, these are clearly not dumb guys. Dimon and Fink are princes of Wall Street. They know finance.

But it’s pretty obvious they haven’t done their homework on cryptocurrency… since there’s really no objective evidence to support their assertions.

In other words, it’s all public information.

That’s not to say that people’s names and addresses are recorded in the Blockchain; instead, a typical transaction record includes information about Bitcoin Wallet IDs, block numbers, etc.

But for people with enough resources (i.e. governments), the transactions can be traced back to the source.

Let’s say Alvin the Arms Dealer signs up for a new account at Coinbase– the most popular exchange in the world.

Alvin links his Coinbase account to his bank account at, say, hmmm… JP Morgan Chase, and puts in an order to buy 100 Bitcoin.

The money transfers from JP Morgan to Coinbase, and Alvin’s Coinbase wallet is credited with 100 Bitcoin.

Alvin now sends those 100 Bitcoin to his friend Marvin the Money Launder.

Marvin sells the Bitcoin at another exchange, and deposits the US dollars into his own bank account.

EVERY SINGLE ONE OF THESE TRANSACTIONS has been posted to the blockchain.

And if the FBI or INTERPOL really looks into it, they’ll be able to trace Marvin’s bank deposit back to Alvin’s initial purchase of Bitcoin at Coinbase. Boom. Smoking gun.

In other words, if you’re the FBI, you should HOPE that criminals use Bitcoin. They’ll be easier to catch.

But any criminal with half a brain [oxymoron, I know] is already aware of these issues. So they’ll probably stick to Amazon.com giftcards… which is a MUCH easier way to launder money.

The other laughable point that Dimon makes is that ‘governments won’t allow Bitcoin to exist’.

He believes that governments want to remain in control of money, so at some point they’ll merely outlaw Bitcoin. And poof… demand will vanish.

This is a completely naive view.

Marijuana been illegal under US federal law for DECADES. And yet demand only grows.

Pirating movies is also illegal. And those rules have been aggressively enforced since the passage of the Digital Millennium Copyright Act nearly 20-years ago.

But illegal downloads of movies, music, software, etc. still constitute roughly 25% of all Internet traffic, according to a study commissioned by NBC Universal.

Bitcoin would be even harder to control. You don’t even need to be connected to the Internet in order to receive or store Bitcoin. So fat chance they’ll be able to enforce a ban.

Any attempt to get rid of Bitcoin would be about as successful as preventing people from smoking weed or pirating the latest Game of Thrones episode.

But… Uncle Sam does have one weapon… one way they could potentially disrupt Bitcoin.

Some day the US government and Federal Reserve might actually wake up and realize that crypto is the future.

And when that day comes, the obvious tactic would be to create their own version of the Blockchain that uses “crypto-dollars”.

Cryptodollars would be equivalent to US dollars. So $1 in physical cash = $1 in your bank account = 1 cryptodollar.

Cryptodollars would be legal tender and accepted everywhere in the country– Wal Mart, Amazon, etc., but without any of the wild gyrations and fluctuations that we see in the Bitcoin price.

The introduction of cryptodollars would clearly have an impact on the demand for Bitcoin.

Hardcore users would certainly still hold Bitcoin, so it wouldn’t go to zero.

But casual users might very well abandon Bitcoin in favor of cryptodollars due to the convenience of being able to spend them anywhere.

The added benefit to the US government is that a crypto-dollar blockchain would solidify the dollar’s status as the international reserve currency.

So they definitely have compelling reasons to do this.

Now, it might never happen. Or it could take years.

But the possibility exists. So keep that in mind before going ‘all in’ on crypto.