The ultimate breakdown likely to be surprising, sudden, intense, and large 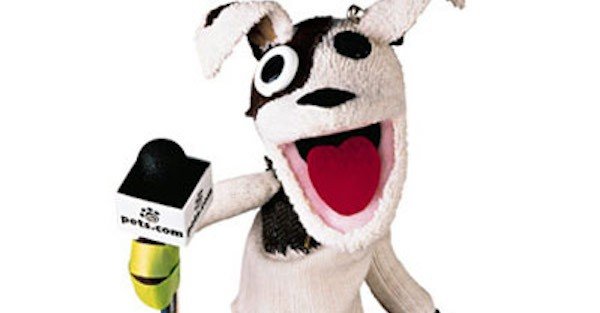 [Editor’s note: This letter was co-written with Tim Price, London-based wealth manager and co-manager of the VT Price Value Portfolio.]

On January 30, 2000, the 88+ million viewers of Superbowl XXXIV were treated to a commercial featuring a now infamous sock puppet.

The advertisement was from a company called Pets.com, founded just two years before in 1998 at the height of the dot-com bubble.

Pets.com went public on the NASDAQ just weeks after the Superbowl with the symbol IPET.

And just 270 days later it was out of business, its stock price having fallen from $11 to just 19 cents in the interim.

The autopsy showed that Pets.com was selling its products at nearly 30% below cost, giving rise to the old mystifying dot-com logic, “We lose money on every sale but make up for it in volume.”

Granted, Pets.com did not have the benefit of a printing press, monopoly over the money supply, or worldwide intransigence in the existing financial system, so they couldn’t kick the can down the road too far.

But it remains yet another hallmark of one of the most important lessons in financial history: sooner or later, bubbles correct.

That goes especially for our current bond and debt bubble, for which Elliott Management’s Paul Singer succinctly projects:

“The ultimate breakdown (or series of breakdowns) from this environment is likely to be surprising, sudden, intense, and large.”

By comparison, investors in Pets.com were being almost downright conservative when compared with today’s bond investors.

At least early stage technology venture have the potential to generate eye-popping returns.

Dell Computer, for example, delivered total returns to shareholders of 91,863% during the 1990s.

Yet anyone buying 5-year Japanese government bonds today and holding to maturity will be guaranteed a loss of -0.2%, not including the impact of inflation or the prospect of default considering Japan’s 230% debt-to-GDP ratio.

Owning Japanese government bonds makes about as much sense as Pets.com in 2000.

And yet if market size is any indication, these Japanese government bonds remain among the more popular investments in the world.

What could possibly be driving major institutional investors to such madness?

Remember that the traders and bankers who work for the big institutions are all human beings… human beings who see their colleagues raking in huge bonuses for following the rest of the herd into these garbage investments.

This provides a huge disincentive to step boldly in the direction of sanity.

In many respects, job security and incomes of the individual cogs who make up the big machines of institutional finance depend on conformity.

They have every motive to maintain that the Emperor is fully clothed even though a child can see that he is totally naked.

Make no mistake, most major market participants have an enormous interest in maintaining the status quo. It’s impossible to overstate this.

No one wants to see the system fail, so the big money will keep buying and keep propping up the market up until the final moment.

As a result, it’s entirely possible (and likely) that markets continue an upward trend. Until they don’t.

This serves as a dangerous feedback loop to reinforce a false narrative that everything is awesome and under control… prompting cautious smaller investors to feel like they’re missing out.

Beware FOMO, the fear of missing out.

If the price of something seems unsustainably high, don’t try and benefit by speculating (short or long).

When it’s clear the game has become rigged, it’s easier and less risky to stop playing that game, and go play a different game somewhere else.

One area is systematic trend-following funds, which offer the potential for meaningful portfolio insurance in a world where systemic risk is rising.

“The game of speculation is the most uniformly fascinating game in the world. But it is not a game for the stupid, the mentally lazy, the man of inferior emotional balance, or for the get-rich-quick adventurer. They will die poor.”

Another area we’d point out is gold and silver.

If you believe that policymakers will continue to print more money, indebt their citizens, and make foolish decisions, then having a universally-recognized, real asset money-substitute is a sound choice.

Shares of fantastic businesses that are managed by talented people of integrity tend to make excellent investments, especially when you can purchase those shares at a discount to the company’s long-term intrinsic value.

If you can find extreme value, like buying a great business for less than the amount of cash it has in the bank (which does happen from time to time), even better.