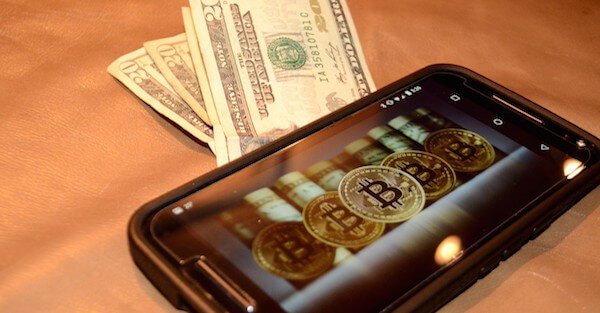 I vividly remember having a conversation several years ago with a woman about her real estate investments in the United States.

She was a psychologist from somewhere in the midwest, telling me about how she was flipping off-plan condominiums in Florida.

Basically she would put money down to secure a condo unit in a building before it broke ground, then sell her contract to someone else at a higher price when the building was closer to completion.

I remember as she told me this story she was practically cackling at how quickly and easily she was doubling and tripling her money, and at one point said, “It is just soooo easy for me.”

But she wasn’t alone. Legions of amateur investors were piling into the market doing exactly the same thing.

It didn’t add up.

“But who is the person at the end of the line?” I asked. “Someone has to eventually live in all of these condos and be willing to pay the highest price.”

“Oh there will ALWAYS be plenty of people who will live here,” he told me.

To these investors it was a foregone conclusion that required zero analysis: there will always be buyers, no matter how high the price gets.

One of the marks of a good investor is learning from his/her mistakes; when an investment performs poorly, a good investor will try to figure out WHY, and incorporate those lessons into future decisions.

But a GREAT investor will learn from his/her successes.

This is rare. Perhaps it’s part of our human nature. When we succeed, we automatically conclude that we’re really smart.

We seldom examine what really happened. Did we get lucky? Were we riding the wave of a giant bubble? Or, perhaps our analysis was spot-on and we nailed it.

It’s hard to say for sure without some serious self-reflection.

But again, it’s in our nature to presume that we’re brilliant.

And that may be one of the most dangerous things of all… because our infatuation with our own brilliance causes us to do irrational things.

Instead of thinking, “Whew, I got really lucky, I’d better take some money off the table before this market crashes,” we think, “I’m so smart… now I’m going to double down and make even more money.”

It’s like gamblers at the craps table– people delude themselves into believing that they’re on a ‘hot streak’ and ‘can’t lose’, so they keep increasing their bets instead of cashing in their chips.

Eventually the luck runs out… and the money vanishes quickly.

I’m telling you all of this because I see the same thing right now in the “ICO” market.

If you haven’t heard of ICOs, it stands for Initial Coin Offering. It’s a combination of venture capital and cryptofinance.

These days, companies are raising money by selling digital ‘tokens’ to investors, most of whom typically pay in Bitcoin, Ether, or some other cryptocurrency.

Tokens often represent shares in the startup company, just in the same way that Apple stock represents shares in Apple.

And, just like shares of Apple, investors can buy and sell their tokens in the market.

There are countless startup companies now issuing tokens. And, just like the price of the cryptocurrencies themselves, many ICOs have soared in price.

Those are not type-o’s.

There’s another token that’s actually called “Fuck” which is up 370% in the last 24 hours.

The returns are absurd… especially considering the assets are priced in Ether or Bitcoin, which have also soared to all-time highs.

But I’m hearing exactly the same cackling that I heard from the real estate bubble days more than a decade ago.

– It’s soooo easy to make money in ICOs.
– It’s a foregone conclusion that the tokens will go up in value.

Sorry, but it just doesn’t compute.

If the tokens represent ownership in a business, then the only thing that matters is whether or not the underlying business performs well.

Does the company have a compelling long-term strategic plan?

More importantly– are the managers successfully implementing the plan and achieving milestones?

Is the company on a path to financial sustainability?

Nobody seems to be paying attention to these details. They just buy tokens with the expectation that the price will rise.

Investing isn’t supposed to be easy, especially when speculating in startup companies. There’s supposed to be risk. Serious analysis. And lots of losers.

It’s not to say that there aren’t any good businesses issuing tokens. But it’s pretty clear this trend is a massive bubble.