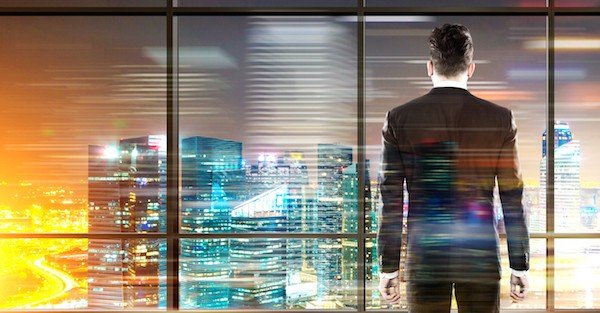 Mario Draghi, of course, is the President of the European Central Bank (ECB) who pledged to do “whatever it takes” to save the euro. Or was it save the world? We forget.

Anyhow, Mark Carney, the head of the Bank of England, just went full Draghi, pledging to do, effectively, whatever it takes… even if that means destroy the British pound or economy.

Future historians will no doubt look back at this period in amazement, wondering, given the stunning and murderous failures of Nazi Germany and Soviet Russia, how central planning ever managed to find a last hold-out amongst the world’s central banks.

Yes, Britain may have finally escaped from the EU lunatic asylum.

But as investors we remain trapped in a surreal monetary nightmare in which clueless politicians and desperate central bankers have no choice but to print more money.

This decision, of course, continually erodes the purchasing power of individuals’ savings. It is a tax. An inflation tax.

And this is a tax that exclusively benefits those heavily indebted… namely governments and commercial banks.

Not to mention the four Federal Reserve bank presidents in the United States who are also ex-Goldman Sachs bankers (the current heads of the Minneapolis, New York, Dallas, and Philadelphia branches).

We truly have the best monetary system… that money can buy.

My colleague Tony Deden recently reminded me of remarks given by novelist Alasdair Macleod to the Committee for Monetary Research and Education in October 2011:

“I support sound money for two very good reasons. Firstly, it is a basic human right to choose to save, without our savings being debased by the tax of monetary inflation.

“Those who are worst affected by this inflation tax are not the rich (they benefit) but the poor and the barely well-off, which is why monetary inflation undermines society and why the right to sound money should be respected.

“If government gives itself a monopoly over money, it has a duty to protect the property rights vested in it.

“Secondly, it is a basic right for us to own our own money rather than have it owned by the banks.

“For them to take our money and expand credit on the back of it debases it. It is an abuse of an individual’s property rights, and a banking licence is a government licence to do so.

“If anyone else was to do this they would be guilty of fraud. Banks should be custodians of our money, and it should not appear in their balance sheets as their property.

“Sound money guarantees a stable yet progressive economy where people are truly equal. It allows people to save properly for their retirement so that they will not become a burden on the state.

“It leads to democracy voting for small governments. It encourages peaceful trade and discourages war. It is the only path, after this mess, that leads us to long-lasting and peaceful prosperity. We really need everyone to understand this for the sake of our future.”