Think people got rich from Bitcoin? We haven’t seen anything yet. 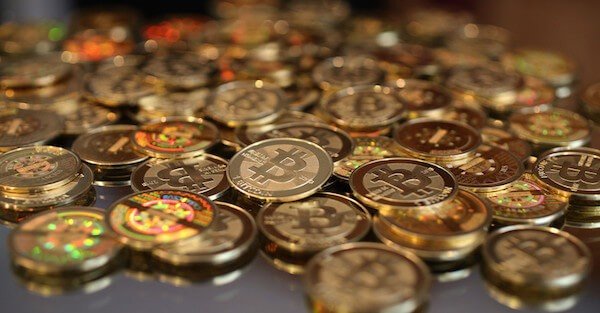 Recently a group of archaeologists and anthropologists published a really interesting, comprehensive study of prehistoric civilizations and their sources in wealth.

It turns out that the most prosperous people and civilizations across ancient history– and I’m talking 10,000+ years ago before any recorded history– were those who harnessed new technologies to become more productive.

Back then it was all about agriculture.

And while it all seems so simple and obvious to us now, the use of large animals like horses and oxen to plow fields was considered game-changing technology for these prehistoric tribes.

The researchers surveyed data across a number of civilizations and found a much higher level of prosperity in places that used animals, versus places where farmers plowed their fields by hand.

The use of animals was a huge multiple of human labor, so farmers could extend their fields far beyond what was ever thought possible… and hence produce a massive surplus of food.

Moreover, they soon discovered that animal manure was an effective fertilizer that only enhanced crop yields.

Quite simply, the people and civilizations which embraced and used the technology prospered. Those who didn’t got left behind.

We’ve seen this over and over again throughout history. The printing press. The advent of machinery in the Industrial Revolution. The emergence of the microchip. The Internet.

Now it’s the technology behind cryptofinance which absolutely has revolutionary power to disrupt the existing financial system.

Think about it– every single financial function that banks currently monopolize, from deposits to lending to money transfers and currency exchange, can already be done better, faster, and cheaper outside of the banking system.

Banks charge exorbitant fees to change from one currency into another, as if they have to put a ton of work into finding a buyer for their customers’ euros and US dollars. Give me a break.

Online platforms can do it at practically no cost.

Banks also charge exorbitant fees to make loans; it’s pretty standard for borrowers to pay at least a 1% to 3% origination fee up front, before you start paying interest.

Yet Peer-to-Peer sites squash these costs down to almost nothing.

Banks no longer have a competitive advantage in finance, and it’s only going to get worse for them.

The technology is powerful and game-changing. And again, those who don’t adapt will be left behind.

On the flip side, it’s obvious that a lot of people have made a lot of money in cryptocurrency.

And that’s great. Plenty of money has been made… and there may likely be plenty more money to be made speculating in the cryptocurrencies themselves.

But the big money has always been made by the folks who were on the forefront of developing the technology and applying it to bigger and bolder uses… NOT speculating on price volatility.

Back in ancient times, once people discovered that horses and oxen could multiply the labor of human beings, there were probably plenty of traders who made money speculating in animal prices.

But the real wealth was made by people who applied that new ‘technology’ to bigger problems and fundamentally changed the way their societies did business.

This will very much be the case with crypofinance.

The real prosperity isn’t in chasing the Bitcoin price higher, and certainly not in the latest ICO craze.

The real prosperity will be for the visionaries, entrepreneurs, and investors who back them– those who develop this technology and apply it in ways that fundamentally change the way we engage in finance and commerce.

So if you feel like you ‘missed’ Bitcoin, don’t worry: we’re just at the beginning of this phase… you haven’t missed anything.

In fact we haven’t even begun to scratch the surface of those application opportunities.

And the wealth and value that will be created from them will absolutely dwarf all the gains made in crypto so far. We haven’t seen anything yet.