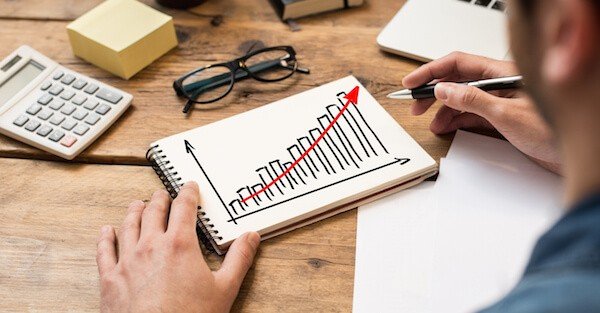 And in the face of record valuations and record debt, we’re seeing rising interest rates (the yield on the 10-year Treasury hit 3% last week for the first time since 2014) and other signs of inflation like rising oil and copper prices.

Who knows how much longer this bull market, fueled by $4 trillion from the Fed and low interest rates, can continue.

That’s why I’ve been advising you to raise some cash. But, even in today’s market, you can find value if you know where to look.

And Sovereign Man’s Chief Investment Strategist, Tim Staermose, recently found one of the most exciting opportunities I’ve seen in awhile.

Since we’ve been talking so much about finance and economics so much in Notes recently, I wanted to share a great piece on value investing we originally ran last year.

You’ll find it below…]

In 1982, a man named Jim Tisch bought seven supertankers for $42 million. He found them by cold calling companies he found in the Yellow Pages.

Yes, $42 million is a lot of money… but these tankers were each four football fields long. That’s a lot of steel. And they could carry between 2-3 million barrels of oil.

And these ships were built just eight years earlier at a cost of $50 million apiece.

Jim Tisch is the son of the legendary Laurence “Larry” Tisch, the late billionaire founder of Loews. Corp – a conglomerate that has owned hotels, movie theaters, insurance, cigarettes, oil and watches over the years.

And like his Dad, Jim had a nose for value…

Low oil prices in the early 1970’s (around $3 a barrel) caused demand to soar. To keep up with the growing demand, everyone rushed to build supertankers (which can take years to complete).

The Iranian Revolution (and ousting of the Shah) followed in 1979… And Iran drastically slashed its output. Oil jumped to over $37 a barrel.

Now there was much less oil coming out of Iran (and a year later, Iraq), but the tankers were still floating in the water.

Tisch started sniffing around for tankers in the early 80s, when, according to Tisch, only 30% of the global fleet was necessary to meet demand.

That’s why he was able to buy at an almost 90% discount. As he said at a 2006 speech at Columbia University:

[S]hips were trading at scrap value. That’s right. Perfectly good seven-year-old ships were selling like hamburger meat – dollars per pound of steel on the ship. Or, to put it another way, one was able to buy fabricated steel for the price of scrap steel. We had confidence that with continued scrapping of ships and increased oil demand, one day the remaining ships would be worth far more than their value as scrap.

By 1990, the market for tankers was turning around… too many ships were scrapped and the volume of oil coming from the Persian Gulf was increasing.

Noting the strength, Tisch sold a 50% interest in his ships for 10 times his initial investment.

He still maintained half ownership… and collected enormous cashflows from operating those ships.

When he first stepped foot on a supertanker, Tisch said he formulated the “Jim Tisch $5 million test.” From the same speech at Columbia:

And what is the Jim Tisch $5 Million Test, you may ask? While on the ship you look to the front and then you look to the rear – then take a look to the right and then to the left –then you scratch your head and say to yourself – “Gee! You mean you get all this for $5 million?!”

In other words, sometimes a good investment is obvious…

But where do you find obvious value today?

The US stock market is at all-time highs… And companies like Netflix (that lose billions each quarter) march higher and higher.

And cryptocurrencies have soared so high many are calling it a speculative bubble. Even if you’re a believer in crypto, it’s still not prudent to allocate a large portion of your wealth to the sector at this point.

Likewise, you can’t put everything you have into cash or gold.

But if you do the work, you can find certain securities that are just as safe as cash…

That’s the entire premise behind The 4th Pillar – the value-investing service written by our Chief Investment Strategist, Tim Staermose.

Tim screens thousands of stocks across every global market to find something that – according to efficient-market theorists – shouldn’t exist… “a free lunch.”

Of course you would. It’s literally free money.

But that same opportunity exists in the market today. You just have to know where to look.

That’s why Tim spends all day screening literally ever global stock market until he finds what he’s looking for…excellent companies trading for less than the net cash on the books.

Some of these companies are trading so cheaply because of a short-term problem. Others are just ignored or misunderstood by the market.

But when you’re able to buy an entire operating company for less than the amount of cash it has in the bank… Well, let’s just say that passes Jim’s $5 million test.

After all… How much risk is there if you could take a company private for way less than the amount of cash it has in the bank, cease operations and pay out the cash as a dividend?

Remember, there’s still value in the market today… it’s just getting harder and harder to find.

You can start by screening global stock markets for companies trading for less than their net cash… Or you can see how Tim does it.