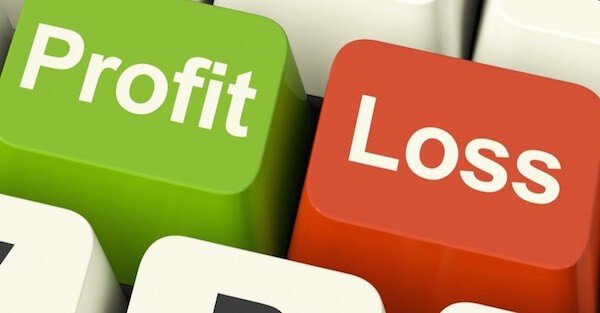 In our discussion on Monday, we talked about the latest annual letter from Berkshire Hathaway, Warren Buffett’s holding company.

The big takeaway from that piece is that Berkshire Hathaway now holds a record $116 billion in cash.

More importantly, Buffett is NOT a buyer right now.

As he wrote in his letter…

“[P]rices for decent, but far from spectacular, businesses hit an all-time high.”

As we talked about on Monday, when the most successful investor of our era is telling the world that he’s NOT buying (because stocks are too expensive), AND that he’s cashing up to record amounts, it’s worth listening.

Buffett knows that all markets move in cycles. We’ve been in an UP cycle for a long time. And as sure as night follows day, there will be a down cycle.

That’s what he’s preparing for… because those down cycles are where there is extraordinary opportunity to make a lot of money.

But if you want to take advantage of those opportunities, you have to have cash. Lots of it.

That’s how Buffett is positioning himself. And, if you haven’t already, it’s worth considering following in his footsteps.

But if you look at corporate America as a whole, they’re taking the opposite stance.

The debt of nonfinancial companies grew $1 trillion in just two years through the third quarter of 2017, reaching a total of $8.7 trillion – nearly 45% of US GDP.

Record-low interest rates have spurred companies to take on more and more debt.

But more often than not, excessive debt becomes incredibly dangerous for a business (or government… or individual).

In many cases, these companies aren’t taking this debt on for any good reason. It’s only because they can. And that’s insane.

As Buffett said in his letter:

“Our aversion to [debt] has dampened our returns over the years. But Charlie [Munger] and I sleep well. Both of us believe it is insane to risk what you have and need in order to obtain what you don’t need.”

And the company is going to continue raising high-yield debt to fund its operations.

The company’s CEO, Reed Hastings, reports this all to investors with pride.

How do you think the market reacted? With joy!

Does it really make sense to pay record high prices for shares of a business that proudly burns through billions of dollars, and has absolutely no plans to even attempt to stop the bleeding?

Of course not. Because that isn’t a winning formula for success in the long term. That’s not how you create prosperity.

Curiously, though, while the market is rewarding these “debtor” companies, it’s punishing the “savers.”

Right now, there are companies out there generating loads of free cash flow, paying dividends and, most importantly, trading for BELOW their net-cash balances.

Here’s an example: there’s a company we’ve found in Hong Kong whose shares are currently trading at a 52% discount to the amount of its inventory and CASH it has in the bank.

In other words, you could buy this company outright, have cash left over and get the operating business for free.

If the stock price rose simply to the value of its cash and liquid inventory, you’d make a 110% return on investment.

[Editor’s note: These are exactly the types of highly lucrative investments that our Chief Investment Strategist Tim Staermose focuses on in his alert service the 4th Pillar.]

Yet rather than reward a prudent company that has carefully built a great business and pristine balance sheet, the market has knocked the share price down.

Meanwhile the market continues to reward companies who recklessly indebt themselves.

Let’s pause for a minute and take the Pepsi Challenge.

Stock A loses money and goes deeper into debt each year.

Stock B has tons of cash, pays dividends to shareholders and makes money every year.

Which would you rather own?

But as human beings we tend to make irrational decisions.

We allow what’s popular and trendy to impact our investment decisions, like some sort of financial peer pressure.

This has been a big theme in our daily conversations so far this year: avoid big mistakes… by not making emotional decisions.

And that’s particularly true when it comes to investing.