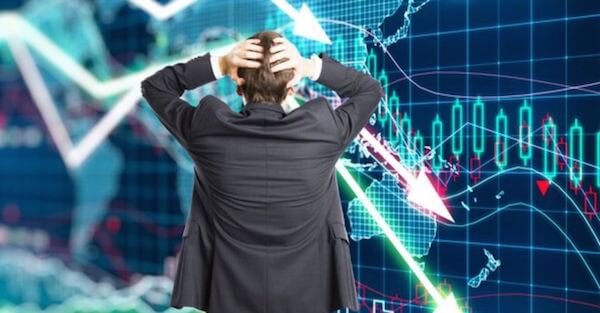 US stock markets hit another all-time high on Friday.

In fact, US stocks have only been more expensive two times since 1881.

According to Yale economist Robert Shiller’s Cyclically Adjusted Price to Earnings (CAPE) ratio – which is the market price divided by ten years’ average earnings – the S&P 500 is above 31. The last two times the market reached such a high valuation were just before the Great Depression in 1929 and the tech bubble in 1999-2000.

Some of the blame for high valuation goes to the so-called “FANG” stocks (Facebook, Amazon, Netflix and Google), whose average P/E is now around 130.

But there’s something different about today’s bull market…

Simply put, everything is going up at once.

Leading up to the tech bubble bursting, investors would dump defensive stocks (thereby pushing down their valuations) to buy high-flying tech stocks like Intel and Cisco – the result was a valuation dispersion.

The S&P cap-weighted index (which was influenced by the high valuations of the S&P’s most expensive tech stocks) traded at 30.6 times earnings. The equal-weighted S&P index (which, as the name implies, weights each constituent stock equally, regardless of size) traded at 20.7 times.

Today, despite sky-high FANG valuations, the S&P market-cap weighted and equal-weighted indexes both trade at around 22 times earnings.

Thanks to the trillions of dollars printed by the Federal Reserve (and the popularity of passive investing, which we’ll discuss in a moment), investors are buying everything.

We say this not as hyperbole, but based on a quantitative perspective… Dispersions in valuations and growth rates are among the lowest in the last 40 years; stocks are at their most idiosyncratic since 2001.

So, ask yourself… With stocks trading at some of the highest levels in history, is now the time to be adding more equity risk?

Or, as billionaire hedge fund manager Seth Klarman notes… “When securities prices are high, as they are today, the perception of risk is muted, but the risks to investors are quite elevated.”

Volatility – as measured by the Volatility Index (VIX) – remains below 10 (close to its lowest levels in history). For comparison, the VIX hit 89.53 in October 2008, as the market plunged.

We haven’t seen a 3% down day since the election. And if that holds through the end of the year, it will be the longest streak in history.

And this false sense of security comes just as the main driver of this bull market – the trillions of dollars global central banks printed after the GFC – is coming to an end.

Markets saw around $500 billion of accommodation in 2016. And “quantitative tightening” should suck about $1 trillion out of the markets in 2018… That’s a $1.5 trillion swing in two years. And it’s a major headwind for today’s already overvalued markets.

But that’s just one issue. Remember, we also have…

Still, investors continue to put money to work without a care in the world.

And more and more of that money is being invested with ZERO consideration of market valuation – thanks to the rise of passive investing.

According to Bank of America, 37% of the S&P 500 stocks are now managed passively.

Investors in these passive index funds and ETFs pay super-low fees in return for an automated investment process. For example, any money invested in a passively-managed S&P 500 ETF is equally distributed (based on market cap weighting) across the 500 S&P companies… So, companies like Apple, Google, Facebook and Amazon get the biggest share of that money.

The result… as this dumb money rushes in, the biggest stocks get even bigger – despite their already ludicrous valuations.

And the biggest players in this field are amassing a tremendous amount of power.

Vanguard, which introduced the world’s first passive index fund for individuals in 1976, has $4.7 trillion in assets (around $3 trillion of that is passive).

BlackRock, the world’s largest asset manager and owner of the iShares ETF franchise, is approaching $6 trillion in assets. And only 28% of BlackRock’s assets are actively managed.

Passive funds owned by these two firms are taking in $3.5 billion a day.

And as long as the money keeps flowing into passive funds, the bubble keeps expanding.

At a time of exceptional market risk, more and more money is being managed without any notion of risk.

But what happens when these uninformed and value-agnostic investors have to sell?

Humans are emotional creatures. And when we do finally see that 3% (or even larger) down day, investors will rush for the exits.

And the computers will pile on the selling (every model based on historically low volatility will completely break when volatility spikes).

But when the wave of selling comes, who will be there to buy?

As these passive funds dump the largest stocks in the world, we’ll see an air pocket… nobody will be there to hit the bid.

And when the drop comes, it will come faster than anyone expects.

So, while most investors are ignoring risk, I’d advise you to use this record-high stock market to your advantage…

Sell some expensive stocks to raise cash. Own some gold. And allocate capital to sectors of the market that haven’t been blown out of proportion thanks to the popularity of passive investing. That means looking at smaller stocks and stocks outside the US.

Even if stocks go up for another year, which they may, it’s simply not worth the risk to chase them higher… Because the downturn will be devastating.