How to obtain a second passport 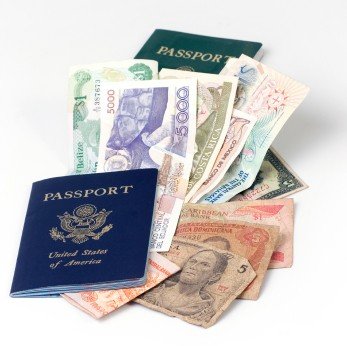 Over the past month, there’s been a surge of interest in second passports: Google trends indicates that the keyword search has grown like a weed since the beginning of the month, no doubt due to the re-election of President Obama.

Here’s the thing, though… obtaining a second passport is no panacea. And it ain’t easy either. Acquiring one takes a combination of time, money, and flexibility… or very lucky ancestry. I’ll explain–

If you’re fortunate enough to be descended from Irish or Polish grandparents, you may be able to obtain citizenship in these countries at minimal time and cost by working through the consulate nearest you.

Certain unique cases of ethnicity can also land you a passport–

1. Israel. Are you Jewish? Are you willing to be? Israel’s Law of Return entitles all Jews to become residents of Israel, and eventually obtain citizenship.

2. Spain. Even more specifically, are you a Sephardic Jew?

If so, the Spanish government announced last week that Sephardic Jews would receive instant Spanish citizenship; Ferdinand and Isabella (the same folks who funded Christopher Columbus) expelled all Sephardic Jews from Spain more than 500 years ago, and apparently the government is now trying to make amends.

3. Hungary. In 2010, the government of Hungary passed an new immigration law streamlining the citizenship process for anyone who can demonstrate at least one ancestor had once lived within the territory of the defunct Austro-Hungarian Empire.

This vast territory, which existed from 1867 until the end of World War I, encompasses most of modern day Austria, Hungary, Ukraine, Romania, Slovakia, Slovenia, Croatia, and Serbia.

Are you willing to get married? Adopt a child? Serve in a foreign military? Yes, it sounds extreme… which is why I said that obtaining a second passport is no easy feat.

1. Serve in the French or Israeli militaries and receive citizenship at the end of your service.

2. Marry someone from Ecuador, Ireland or Singapore and you can apply for naturalization after two years.

3. Become financially responsible for a Brazilian child and you can apply for naturalization after just one year.

Yet with so many countries (particularly in Europe) going bankrupt, governments are desperate to raise revenue. Several have resorted to ‘selling’ residency to foreigners in exchange for an investment in real estate or government bonds.

1. Ireland. New rules grant residency in exchange for investments in the country, including a 1 million euro government bond purchase; you can apply for naturalization after five years.

3. Hungary. A new bill in Hungary offers to grant residency to foreigners who purchase at least 250,000 euros worth of government bonds; you can apply for naturalization after eight years, and language proficiency is required.

4. Spain. A proposal is on the table to grant residency in exchange for 160,000 euro real estate purchase; naturalization timeline is still unknown.

If your spouse won’t let you marry a foreign national, and you don’t have the liquidity to buy a home in Europe, there are also options where, if you spend enough time on the ground, you can qualify to apply for naturalization.

Singaporean and Panamanian naturalization procedures, on the other hand, have no specific time requirement.

In total candor, there is no perfect passport solution that’s cheap, fast, high quality, and easy to acquire. At least, not a legal option. And given that a second passport is supposed to enhance your freedom, risking jail time by acquiring illegitimate documents defeats the purpose.

Moreover, spending large sums of money on acquiring a passport may not be the wisest use of funds either.

For example, if you’re concerned about the future of your country and think a second passport will be your ‘ticket out’, it may be a wiser course of action to establish residency in a safe, stable country instead, and then allocate the funds you would have used on the passport to purchase productive property and gold bullion.

Just remember that the number one reason, by far, for obtaining a second passport is to have a fallback option in case you ever want to renounce your current citizenship. More on this in a future letter.