In some parts of Europe, they are literally giving away land… 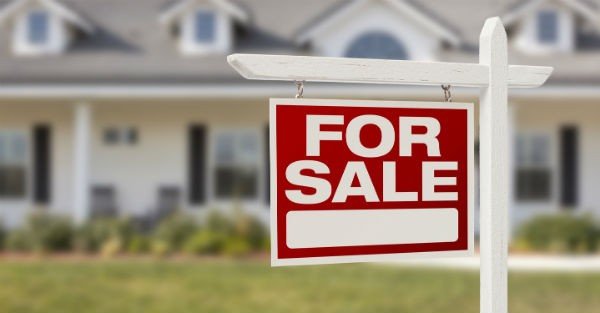 The last few years have not been kind to European property markets, to put it mildly.

Ireland, Spain, and Portugal, for example, experienced property bubbles and collapses even more severe than what happened in the US. It was gruesome.

But while some areas have recovered, others are still barely limping along 6+ years later.

Before reviewing the places in Europe that are cheap at the moment, let’s first define terms: what is ‘cheap’? I look at this in a few ways–

1. My universal truth: Anytime you can buy good quality property for less than the cost of building it—that’s cheap. It’s like buying a dollar for fifty cents.

Of course, you always want some sort of catalyst for future growth. Just because something is cheap doesn’t mean it can’t stay cheap forever…

2. From a macroeconomic point of view, cheap property markets have a low ‘price to income ratio’, essentially the ratio between the median home price and the median salary in the area.

If you can buy a home for 1 or 2 times the average salary, that’s cheap place to become a homeowner.

3. High yields can also be an indication of cheap property markets. This is effectively calculated as a property’s net operating income (rental income less expenses) divided by its purchase price.

Savvy real estate investors borrow money at, say, 5%, and invest in properties that have yields of 10%. The higher the yield, the faster the initial investment will recoup itself, after which the underlying asset (property) will be yours for “free”.

(There are a lot more ways to look at ‘cheapness’ that I don’t have room to cover here.)

Real estate was one of the main things I was looking at over the past few weeks as I’ve been traveling all over Europe. Here’s what I discovered:

* Ireland—A year ago Ireland was definitely the place to find the best deals on property. The government set up a ‘National Asset Management Agency’ (NAMA) to offload all the country’s distressed properties.

But now they’ve managed to sell most of them and are now winding down the program.

* Portugal—Portugal’s property market has substantially benefited from its Golden Residency Visa program that was aimed at property buyers.

This is a program where you can purchase property and obtain tax-free residency; it’s been a major success and has attracted a number of Chinese and Russian residents.

Since Portugal is a fairly small market, it didn’t take much demand to move the needle and recover from the rock bottom depths.

Spain—I’m astounded at the cheapness of properties in Spain, particularly in Anadlucia and Valencia.

As of last month, the official statistics showed 1.7 million properties for sale, and a tremendous vacancy rate. Sellers are still desperate for action.

In other words, they were basically selling the home for the cost of construction and throwing in the land for free! And I kept seeing this over and over again as I traveled across the country.

But one thing that surprised me– on a pure yield basis, the best property deals in Western Europe right now are actually in the United Kingdom.

In England’s second biggest city of Birmingham, average income yields are around 13% to 14%.

Banks still provide mortgages for up to 75% of the property value at rates of roughly 5%. This means you could borrow at 5% and make 14% on the property. Not bad.

Certain places in Europe are definitely worth looking into at the moment. Because aside from attractive prices, there are several good reasons to own foreign real estate.

Owning property is a great way to trade paper currency for something that has real value and can generate long-term income streams. It’s also a great inflation hedge.

More importantly, ownership of foreign property held personally is not a reportable asset for US taxpayers. This makes property a great way to move and hold savings overseas.

And in many cases (like Spain, Portugal, Latvia, Greece, etc.) purchasing property is rewarded with residency, giving you more freedom and more options in case you decide it’s ever time to get out of dodge.

It’s hard to imagine that someone would be worse off trading paper currency for a beautiful property acquired at less than the cost of construction that is generating significant cash flow and providing an option for tax-free residency in a sunny country overseas.

* Premium members: watch out for forthcoming actionable alerts on this topic.

** Note: most of the above pertains to residential property. There are some great deals on commercial and retail in other jurisdictions, as well as agricultural property. I still find Ukraine and Georgia to be the best value in Europe for ag land, more on that another time.