Myanmar: How quickly things can change 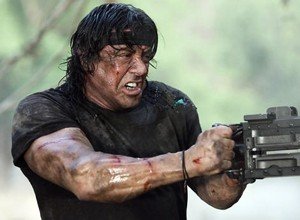 How quickly things can change.

It seems like just yesterday that Burma was de facto part of the axis of evil. At the time, the military junta was jailing any and all dissidents. The country was heavily sanctioned. Hell, they even based the plot of the final Rambo movie here, the one featuring an aging Sylvester Stallone vanquishing Burmese soldiers at point blank with a .50 calibre machine gun.

(For what it’s worth, the Rambo story is partly true; there has long been an outfit of Vietnam-era US Special Forces troops operating in the country, training rebels, and stirring up dissent.)

Today, though, it’s a completely different picture. At least, officially.

Sanctions have been eased, leading dissident Aung Suu Kyi is an elected official, and Burma is being welcomed back into the global community. Both British PM David Cameron and US Secretary of State Hillary Clinton have visited the country, solidifying the newfound goodwill.

What this ultimately means is that the country is now open for business.  Sort of.

If you ever saw the movie ‘Big’ with Tom Hanks, you may recall the story– a young boy wakes up one day as a fully grown adult and is forced to face the big, mean world. That’s sort of what’s happening in Burma.

This is a place that has been so backward, so isolated, you could scarcely find an ATM machine anywhere in the country just a few months ago. For the longest time, this has been a largely cash-based society, and international banking transactions were just a distant fantasy. 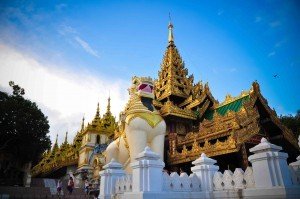 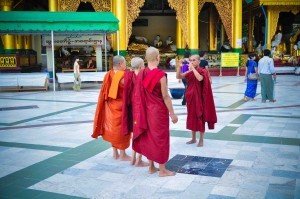 This is all starting to change. Slowly. Like the Hanks movie, the country and culture aren’t particularly equipped to dive head first into the world. It will take time. They badly need telecommunications and IT infrastructure. And they need a proper financial system to facilitate payments and trade. It’s very difficult for real business to get done without these resources.

But right now it’s a chicken and egg game. A lot of big companies are watching and waiting for everyone else to jump in– just because sanctions have been eased and the market is opening up doesn’t mean that it’s a favorable business environment. So the deals are very slow going.

Long-term, it’s going to be a great place to invest. This is a hugely resource-rich nation with a population of 60 million. That’s practically the size of neighboring Thailand… yet the GDP per capita is a fraction of the size. There’s a ton of room for growth. And you can expect the foreign investment to come pouring in over the next few years.

The new stock exchange is scheduled to come online in 2015, and this will greatly advance the ability to raise capital and bring foreign investors into the country.  But for now, the deals tend to be private. I know a number of foreigners with boots on the ground who are trying to get in early with a business or fund.

If you really want Burma exposure now, there are several Singapore-listed companies which have substantial operations in the country.  Interra Resources, for example, has onshore oil rights, while Ginnacle Import-Export is heavily invested in Burmese teak plantations.

I’m not much into public companies and am looking at a few private deals here… so I’m not formally recommending these stocks. But if you’re interested, you can take a position by opening an account online with Boom Securities out of Hong Kong.