Fortune smiles upon Santa Cruz. With abundant natural gas reserves that generate immense wealth for the local economy, some of the best weather in South America, and more beauty queens per square block than anywhere else on the planet, Santa Cruz should indeed a fantastic place to be. 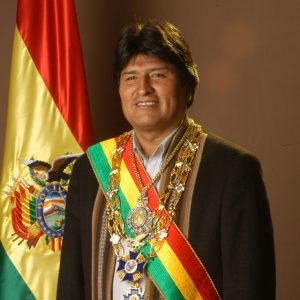 After his election in 2006, Morales helped pushed a new constitution through national referendum, that, among other things, restricted private land ownership and declared all natural resources to be the exclusive dominion of the Bolivian people (managed by the state, of course).

Each time this happens, Morales declares a major victory for the Bolivian people, promising to redistribute the wealth and improve everyone’s quality of life.

They excel at destroying productive capacity, not creating value. They have absolutely no idea how to run companies or manage assets, so even if the goal is to redistribute profits among the people, they don’t know how to generate profits to begin with!

If they’re lucky enough to make any money at all, they first line their pockets with cash and then sprinkle the remaining crumbs among their constituents.

Over time, the assets get neglected. No money is allocated for development, maintenance, and exploration… until one day, all they’re left with are dry holes in the ground.

This is already happening in Bolivia, which ironically just sent a major delegation to the recent PDAC mining mega-conference in Toronto to lobby for new foreign investment.

These people must crazy– first they steal all the foreigners’ assets, then come back to the table and ask them for more money?

It’s easy to chuckle about the goings-on in Bolivia and think ‘that could never happen here.’ But fact is, it can happen everywhere, even in your home country.  Politicians only know how to confiscate wealth, not create it… and the more desperate they become, the more they’ll take.

On that note, let’s start this week’s questions with MEH, who asks, “Simon, where can I find information about moving an IRA or other retirement savings overseas, if possible?”

If you’re a US taxpayer with an IRA, one of the best decisions you could ever make is to move it overseas. The country is going further and further into debt, and they’re running out of options fast.

The $5+ trillion sitting in managed retirement accounts is too irresistible for politicians. Just like Evo Morales, they want to take over private assets and manage them ‘for the benefit of the people.’

What a bunch of baloney.

The best vehicle to move retirement accounts offshore, away from the politicians’ control, is called an Open Opportunity IRA. You can also do a lot of really interesting things– buy gold, buy foreign property, and really boost your investment returns. You can read more about this here.
Next, Dr. Adel asks, “Simon- I am a surgeon practicing in LA.  I’m tired of Los Angles and the deteriorating medical system in the States. I’m looking for a place to relocate and Paraguay sounds like it may be a good place.  Is there is a need for a foreign doctors in Paraguay?”

Definitely. The nice thing about the healthcare industry is that it’s in high demand everywhere in the world. Paraguay does have a need for more qualified physicians, and the certification hurdles are much, much lower than in other countries that I’ve seen.

The other advantage is that there is a loophole in Paraguay’s residency procedure that streamlines the process for foreign professionals who commit to working in Paraguay. You could be on your way to second citizenship in no time.

Last, Norman asks, “Simon, regarding the recent article about learning new skills, what do you think are the most critical languages to learn in the 21st century? I imagine Mandarin is one, Spanish is probably another (especially in the USA), are there any others?”

True, conventional wisdom will say Mandarin, Russian, Portuguese, and Spanish.  Any of these would make a fine choice.  Remember, though, the idea is to be able to add value internationally.  It’s one thing to recognize that there is a lot of wealth in Russia, Brazil, and China… but think about where the action will be.

In resource-rich southeastern African nations like Tanzania, Rwanda, Mozambique, and Kenya, they speak Swahili (which is a really beautiful language, by the way). In Sudan, they speak Arabic. In Kazakhstan, they speak Kazakh (and Russian). In Mongolia, they speak Mongolian.

These may all prove to be exceptionally useful as well, particularly if you’re aiming to be a go-to facilitator on the ground.