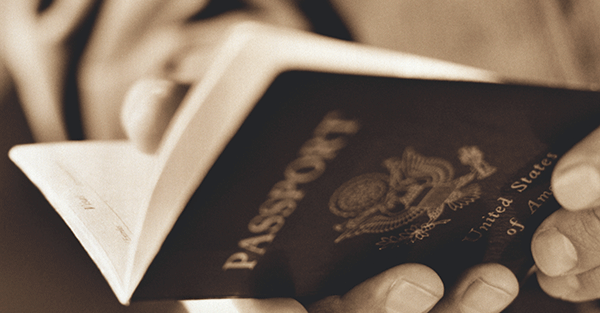 Under the republic of Ancient Rome, to be a citizen was an unparalleled status that people throughout the entire known world aspired to achieve.

They had the right to settle disputes in an impartial court.

Roman citizens were even exempt from the death penalty, except in cases of treason, where they were still afforded a fair trial.

But citizenship is ultimately a contract. And like all contracts, citizenship has both costs and benefits.

It also changes over time as the stronger party sets aside or ‘reinterprets’ parts of the contract.

As the Roman republic descended into imperial chaos, the costs of citizenship began to outweigh the benefits… many of which disappeared altogether.

Elections became obviously rigged, and bribery was rampant. So the right to vote wasn’t exactly much of a benefit.

Cicero tells us in 54 BC that so much money had been borrowed to rig Roman elections that interest rates had temporarily doubled.

By the 4th century, Romans were being executed simply for violating Emperor Diocletian’s infamous wage and price controls.

And in addition to the rapidly deteriorating benefits, the cost of Roman citizenship was constantly increasing through higher taxes and a devalued currency.

We find the same trend unfolding today in the Land of the Free.

US citizenship obviously still carries significant benefit. But for many people the costs are already far too high… and the benefits are disappearing quickly.

Elections have become entertaining formalities where the highest offices are passed around among political dynasties.

The right to engage in commerce has been smothered by an army of bureaucrats and regulators.

US citizens are being body scanned, spied upon, and in extreme cases, even assassinated by drone strike.

And their once-prized civil liberties have become a punch line of the police state.

This is tough to stomach.

Sure, the US is still a nice place to be. It’s generally clean, safe, and well-developed.

But it’s often more gut-wrenching to live in once-great nation in terminal decline than it is to deal with the inconveniences of a less-developed country on the rise.

Panama is a great example. It’s a middle-income country full of great opportunity and growth. It’s clearly a nation on the rise. And a very nice place to be.

Greece might technically have a higher GDP per capita and more developed infrastructure. But the trend between each of these two places is pretty obvious.

In Panama there are still a lot of growing pains like any developing country.

Conversely, it’s viscerally painful to feel trapped in a former paradise stricken with terminal corruption and bankruptcy. And to feel like there’s nothing you can do about it.

And you’re right. There’s nothing you can do about your government.

But what you can control is what happens to you.

We all have a breaking point where the costs of citizenship outweigh the benefits.

And when people reach their breaking points, they deal with it in different ways.

Some express their frustration through violence as we’ve seen recently in Baltimore– a classic case of cost exceeding benefit.

Others take the ultimate step of divorcing themselves from their governments.

Last quarter, in fact, 1,335 people in the Land of the Free renounced their US citizenship. This was a record number. Again.

But these aren’t the only options. Violence and renunciation may seem extreme. But they are not exclusive.

Today, all the tools and resources exist to take back your freedom, reduce the costs, and reclaim the benefits, without having to resort to extremes.

I’ll talk about some of these options in the coming days.