Perfect storm sending the A$ below 85c 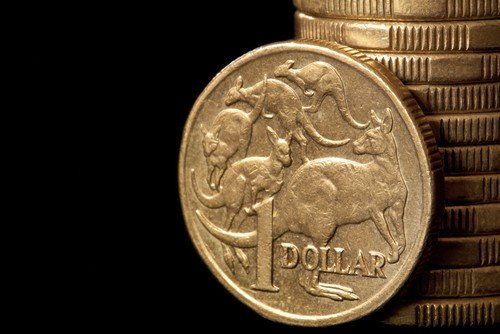 Earlier this year I ate a $36 hamburger in Sydney.

And after the sticker shock wore off, I wrote about the Australian dollar’s massive, obvious overvaluation.

When the Aussie dollar passed A$1.04 per US dollar, I advised readers of my premium investment newsletter to protect the value of their portfolios with a trade that profits as the Australian dollar falls.

This call paid off for my readers; the Aussie dollar is now below $0.90. But I believe it has much further to fall.

For starters, Reserve Bank Governor Glenn Stevens (Australia’s equivalent of Ben Bernanke) said in a widely publicized interview last week that he wants the Australian dollar at 85c or below.

In response, global hedge funds are now selling it with abandon and helping Mr. Stevens get his wish sooner rather than later.

As with most targets, it will probably overshoot significantly, and I wouldn’t be surprised to see the Aussie fall to 80c or less over the coming year.

Simultaneously, the recently installed coalition government’s statements this week on the state of the Aussie government’s finances and economy have been almost comical.

The government has admitted that, contrary to its election promises, a budget surplus will be impossible during the course of its term.

This year’s budget deficit is expected to be A$47 billion, more than 50% higher than the A$30.1 billion predicted as recently as August.  And it’s sliding even deeper into the red for the next three years.

A projected A$4.2 billion surplus in 2016-17 proved wishful thinking.  The government now says it is heading for a A$17.7 billion deficit– over 4x higher.

Economic growth next year is now forecast to remain at a sluggish 2.5%, and the unemployment rate is forecast to stay at elevated.

This means that future interest rates cuts are likely.

That’s a further blow to the Aussie dollar, which has been a beneficiary of global investors seeking Australia’s higher-than-average interest rates.

On top of everything else, Australia’s reputation as an open, business-friendly economy, welcoming of foreign investment, has taken a severe beating, after the new government rejected a high-profile takeover deal last month.

Archer Daniels Midland was told it would not be allowed to invest billions of dollars in Australia’s Graincorp because it is “against [Australia’s] national interest.”

After a black eye like that, it’s highly doubtful that other US businesses will be bringing their greenbacks to invest Down Under any time soon.  And that’s more bad news for the currency.

This is a major turn of events given that, over the last few years, Australia had become a ‘new Switzerland’ of sorts—a safe haven currency with a pristine government balance sheet.

Now, this isn’t the end of the world for Australia– the situation with both the money supply and national finances is still far superior than most of the West.

But there’s simply too much negative momentum right now.

And while a brief counter-trend rally is certainly possible, it’s my firm conviction that a longer-term bearish bet on the Australian dollar will prove lucrative.