The city that represents the future of Brazil 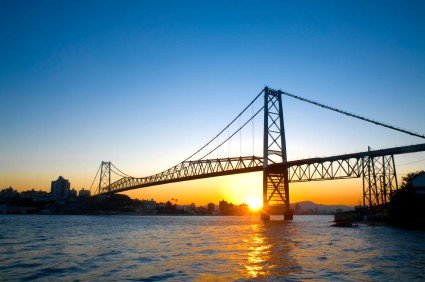 Brazil is undoubtedly a land of superlatives. One may easily defend that it is the most beautiful country in the world, or claim that Brazilians are the friendliest people in the world. And yes, even the most attractive.

Economically, the story is the same; at $2.4 trillion, Brazil’s economy is twice the size of its nearest regional rival (Mexico), and as a consumer market, it has twice the population with a far greater propensity to consume.

Moreover, foreign investment in Brazil is greater than every other country in Latin America. Combined. It’s staggering. The opportunities here are truly immense.

One of the things that’s so compelling about Brazil is that there are so many places to be; in a lot of countries, the vast majority of business and financial opportunities are concentrated in a single city.

Yet in Brazil, from Rio to Sao Paulo to Belo Horizonte to Brasilia to Salvador to Curitiba to Manaus to Porto Alegre to Recife, there are really a lot of options for major cities full of ripe opportunities.

It’s a laid-back beach town. It’s a vibrant university town. It’s a rapidly-growing technology hub. It has the highest reported quality of life in Brazil, among the highest in the world. It was even named ‘the best place to live in Brazil.’ 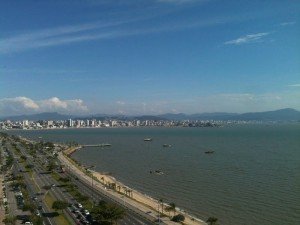 And with good reason. Florianopolis is gorgeous. The weather is excellent. Cost of living is much lower than in nearby Rio de Janeiro or Sao Paulo. It’s safe. It’s connected, with nonstop flights to major cities in Brazil, as well as the region– Buenos Aires, Santiago, Montevideo.

The biggest reason to come here, though, is that Florianopolis represents Brazil’s future, probably more than any other city. This is saying a lot given that Brazil itself represents the future of the west.

It’s a young, intensely energetic place. Smart, creative, productive people from around the world, and especially from Brazil, are flocking here to create the next big thing, from energy to nanotech. Plus, some of the region’s best incubators are here to help advance new ideas.

The local culture is open to rapid change, growth, and diversity in a way that’s unusually refreshing given Brazil’s highly bureaucratic, populist leanings. I’ve also found English proficiency in Florianopolis to be much better than in many other parts of the country.

Bottom line: Florianopolis should be on your radar if…

1) You’re an entrepreneur interested in a Brazilian-based business with exposure to world markets. (note: entrepreneurs can obtain residency, and eventual citizenship, by investing roughly $80,000 USD in a Brazilian startup…)

2) Young people with a lot of drive and energy who want to be part of the next boom, but don’t necessarily have a precise idea of exactly what they want to be doing.

3) Technology professionals, including those with families, looking to relocate. There are a lot of tech jobs available here, and not a lot of locals able to fill them. (note: being hired by a Brazilian company is another way to obtain residency…)

4) Retirees. Between the weather, the safety, the medical facilities, and the gorgeous surroundings, Florianopolis is a great place to live out the Golden Years. Even better, you won’t ever have to get on a plane to visit the grandkids… they’ll be beating down your door to come visit you!