The story of things to come…

I’m not much of a fiction reader, but about two years ago a friend turned me on to a couple of books by Daniel Suarez– Daemon, and its sequel Freedom.

I won’t ruin the plot, but it’s an excellent story with gripping insights into what the future could look like after a crash of the global financial system.

When in Vietnam, I’m constantly reminded of a quote in which one of the main characters says:

“Anyone who has ever tried to share pizza with roommates knows that Communism cannot ever work. If Lenin and Marx had just shared an apartment, perhaps a hundred million lives might have been spared and put to productive use making sneakers and office furniture.”

This country is one of the few remaining places in the world that still officially considers itself a Communist state.

After defeating the French in the 1950s and ultimately winning the “American War” as they call it here in the mid-1970s, Communism was in full swing. The country was a veritable paradise for state-loving Marxists.

And yet, within a decade, Vietnam was easily one of the poorest countries in the world despite having dazzling potential.

First of all, it’s gorgeous. If you’ve never been, Vietnam has one of the most beautiful coastlines on the planet, and that’s really saying something. 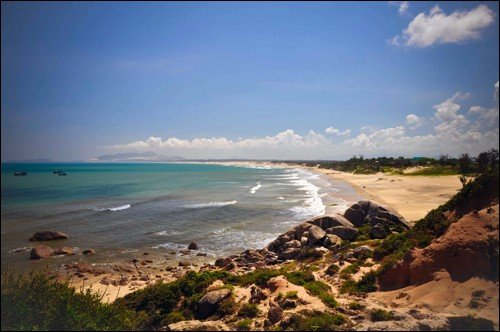 This city, Hanoi, is really an Asian version of Paris; it’s sophisticated, romantic, highly cultured, and culinary… yet absurdly cheap.

(As an aside, if you’re an art lover, you’ll be shocked at the quality and value of local artwork here. I bought a number of pieces that I’m excited about.)

The country’s population of 90 million is a huge consumer market. And the labor force is educated, ambitious, hard working, and inexpensive. It’s a manufacturer’s dream.

Vietnam is also abundant in natural resources– from fish and agriculture to offshore oil and gas.

It all seems like a no-brainer growth story. But years of Communism ran this place into the ground. As author David Lamb writes, “Vietnam was like a racehourse whose jockey kept yanking on the reins rather than giving the animal its head to find full stride.”

By 1986, over a decade after the reunification of north and south, Vietnam was as poor as it had ever been. So the government embarked on a new policy called Doi Moi, a Vietnamese version of Perestroika.

People were given the right to ‘enrich themselves’, and privatization (though they didn’t call it that) became commonplace. The results were obvious.

Inflation fell from 700%+ to single digits. Vietnam went from being a net importer of rice to one of the largest exporters. It also became an export powerhouse with other agricultural products like cashew nuts, coffee, and more. 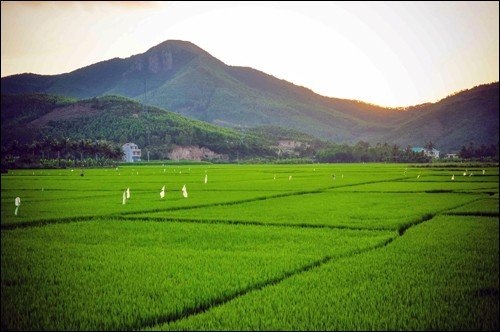 Most importantly, standard of living improved dramatically for tens of millions of people.

But now the government has gone and screwed it up all over again.

At the onset of the global financial crisis in 2008, the Vietnamese government began following the lead of the United States and Europe in spending its way out of recession.

Yet as the unfortunately named Dong is not an international reserve currency, Vietnam instead simply suffered a new crisis brought on by rising budget deficits, higher debt, and steep inflation.

When it became clear that such tactics don’t work, the government increased its desperation and devalued the Dong. Three times. In less than eighteen months.

Locals abandoned the currency, and gold was in huge demand– until the government stepped in with new decrees which ‘highly discouraged’ gold ownership. (If only people had stored their gold outside the country…)

All of this is a classic, textbook response. When governments are in trouble, they try to control everything. But these measures never work… they only make things worse. And today, the economy is in pretty bad shape.

Vietnam’s property market is in shambles. Unemployment is stubbornly high. GDP is sluggish at best. Inflation is still a big problem. And the government was caught, rather embarrassingly, fudging its official statistics.

There are few places in the world I can think of which have more bottled up potential. And it’s all being squandered by a tiny elite. This is, perhaps, the story of things to come in the West.