Three key lessons from recent travels around the world 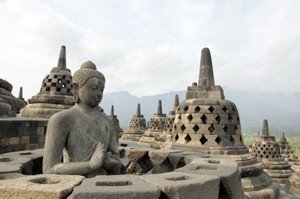 Greetings from New York. Or, New York’s JFK airport, rather.

Having just been fondled by a government agent (who commented rather saucily that I’m ‘in top form’ as he molested me), I’m now comfortably settled in the lounge awaiting my flight to Chile whilst reflecting on my travels over the past two months.

I’ve recently had the pleasure of putting boots on the ground across the Asia-Pacific region– Australia, Indonesia, Cambodia, Vietnam, Bangladesh, Philippines, etc. before passing through the United States.

In Dallas, Peter Schiff and I hosted 200+ subscribers of Sovereign Man: Confidential, and then I finally made my way to New York City for the annual meeting of the Atlas 400 club, of which I am happily a member.

The club is an impressive group. Members are typically self-made, successful people who bring unique insights from their fields. And I always walk away from these meetings with a load of actionable intelligence.

One member, for example, is a sharp, contrarian hedge fund manager. He gave a brief presentation on why Greek stocks are a tremendous bargain right now, despite almost every other world market being overpriced near their all-time highs.

(Greece is still down 85% from it’s all-time nominal high from 1999, and 80% from its 2007 euro-era peak. And as he explained, the companies still standing are actually stronger than they’ve ever been, yet trading at steep discounts to book value.)

Another friend of mine who is a real estate mogul said that much of the price rise we’re seeing in US housing is due to a wave of hedge funds that are buying vacant properties.

He said he expects most of these hedge funds will liquidate within 18-24 months, flooding the market with homes and driving prices back down.

When it came my turn to make some remarks, I told the group three things I’ve learned in my recent travels:

1) Inflation is rampant in the developing world

Having just returned from places like Bangladesh, Vietnam, and Cambodia (which is de facto dollarized), it’s clear that prices are rising thanks to US money printing.

In Bangladesh, for example, locals told me that the prices of some of their staple vegetables had increased 30% in just two months! And given that people in developing countries typically allocate up to 50% of their household income to food, such prices increases are a really big deal.

From my view, this puts a lot of pressure on those governments to disconenct their economies from dollar-based monetary inflation… which means that one day soon this sort of inflation will come back to the US.

2) The US banking system is in really bad shape

Looking strictly at liquidity, most US banks hold less than 3.5% of their customer deposits in cash equivalents. While in places like Singapore, it’s often north of 35%.

Simply put, banks in Singapore are TEN TIMES more liquid than US banks. And to boot, Singapore has never had a banking failure. Ever. Given the two options, it makes a lot of sense to hold some savings in a Singapore bank account rather than 100% in the US.

This means that, if the world enters another massive spiral of deleveraging and disintermediation, the Hong Kong dollar will surge alongside the US dollar. So you have very little currency risk.

If, on the other hand, the US dollar plummets, the Hong Kong Monetary Authority will simply divorce itself from the US and revalue the peg. Or eliminate it altogether. So anyone holding Hong Kong dollars will see the value of their savings rise substantially in US dollar terms.

This is an easy, low-risk way to hedge both currency and inflation risk. And combining #2 and #3 together, it’s possible to hold Hong Kong dollars in a Singapore bank account.