Tunisia: revolution is just the beginning 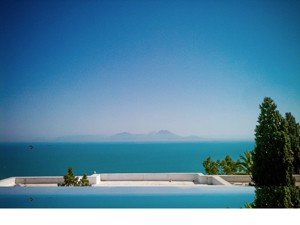 rev-o-lu-tion (n)
1. a forcible overthrow of a government or social order in favor of a new system.
2. the single completion of an orbit or rotation.

On the morning of December 17, 2010, Mohamed Bouazizi started his workday like any other. The 26-year old street merchant laid out the day’s produce on his cart, greeted his colleagues, and passed the first few hours of the day without consequence.

Then the police showed up.

This was a frequent occurrence in Tunisia’s corrupt society. Police and bureaucrats routinely found ways to plunder the hard work and savings of people like Bouazizi who spent all day in the sun trying to make an honest living.

That day, the police claimed that street merchants suddenly needed a permit to sell fruit. This was completely bogus, they were just looking for bribe money. Bouazizi obviously had no permit, nor had he the means to bribe the police… and before soon, the police had seized his property.

Angered, Bouazizi went to the local administrative governor to plead his case and get his property back… but the governor refused to see him.

While it’s difficult to say precisely what was going on inside Bouazizi’s head at this point, it’s clear the man had reached his breaking point. Tunisia’s corrupt system had taken away the only means he had to earn the meager $140 monthly wage from which he supported his extended family. He was powerless.

Bouazizi left the governor’s office and returned a short while later with a can of gasoline shouting ‘How do you expect me to make a living!?!?’. With that, he turned the gas can upside down above his head, lit a match, and roasted himself alive.

Within hours, people spilled into the streets of Bouazizi’s home town demonstrating against the corrupt government that had driven a man over the edge. The protests quickly spread to Tunisia’s major cities, uncorking deep resentment over rising cost of living, dismal economic conditions, and lack of freedom.

The protests soon turned into a revolution. Within a month, the government of Tunisia had collapsed, and President Zine El Abidine Ben Ali, a longtime strongman in power since 1987, fled to Saudi Arabia with his family.

It’s been over 18-months since Tunisia’s revolution, and I’ve been eager to see how the country has fared.

My experiences in Egypt last year taught me that revolutions usually come full circle; even the definition of the word ‘revolution’ in celestial terms means the completion of a full orbit, i.e. you end up right back where you started.

In the case of the Egyptians, the country traded out one dictator (Hosni Mubarak) for another (General Hussein Tantawi), ending up right back where they started. Tunisia is following a similar pattern.

Graft, corruption, and bribery are still commonplace. The conservative Islamist government is pushing for a Constitutional change that would turn the clock back on basic rights for women. Police are out in the streets once again clashing with thousands of anti-government protestors. The economy is still in dismal condition, the cost of living is still rising, and incomes are still failing to keep up.

This whole region reflects an important lesson that history has taught so many times before: the system can become so screwed up that it can take years… even decades to reset.

During the French Revolution, it took 25-years from the time that Parisians stormed the Bastille to when Louis XVIII was fully restored as the nation’s constitutional monarch. In the meantime they had internal civil war, war with Austria and Prussia, hyperinflation, genocide, etc.

Real changes don’t happen overnight. It takes time. Revolution is just the beginning. This is why elections that promise ‘change’ are completely meaningless. It doesn’t matter who wins, very little will change. As in Tunisia and Egypt, ‘change’, and even full blown revolution only brings you back to where you started. It’s just the beginning.

With the political theater now getting into full swing in the United States, a lot of people could benefit from this important lesson. Millions are investing their time, faith, and energy into a fraudulent political process that cons voters in every election cycle.

Today’s problems built up from decades of irresponsible consumption, unsustainable spending, unprecedented monetary expansion, and political folly. It’s foolish to think that the ship can be righted from a single event or election.

Rather than rallying behind the false hope of political idols, our time is much better spent investing in ourselves, safeguarding our families’ livelihoods, and becoming more self-reliant. Imagine if everyone were doing this… it would be truly revolutionary.