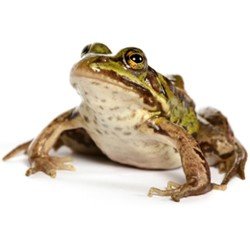 You probably know the story of the boiling frog.

The premise is simple.  If a frog is placed in a pot of water that is already boiling, it will immediately sense danger and jump out, relatively unscathed. If it is placed in a pot of cool water, the frog will happily stay in the pot while it is slowly heated to a boil.  By the time the frog realizes the danger, it is too late.

The metaphor is used to describe how society is allowing itself to be slowly boiled– small changes that go unchallenged will lead to imminent danger.

History has seen plenty of examples– everyone always cites Nazi Germany or Rwanda, but there are countless others that don’t involve fascism or genocide.  I think today’s Argentina illustrates this point clearly.

After that country’s 2002 economic collapse, Argentina’s legislative assembly granted extraordinary power to the president on the grounds that unprecedented times call for unprecedented measures.

Seven years later, the president is still holding on to those powers, and usurping even more.  The federal government completely dominates Argentina’s economy, either directly through shareholder control, or indirectly through regulation.  Government sponsored thugs execute a mafia-like grassroots agenda, and now the government is seeking to limit the voice of what little free press remains.

The moral of Argentina’s story is simple: the greater the power given to the government, the less likely they will ever relinquish it.

In the United States, the growing tide of government power over the last decade has been equally disturbing.  Each passing bill– the USA PATRIOT Act, the Emergency Economic Stabilization Act, etc. raises the temperature in our collective pot of water by a few degrees.

One by one, some frogs are wising up and are starting to jump out

I find the recent morass to be especially boiling. The CFTC, under the spurious motive of protecting the people, has announced hearings to discuss limiting oil speculation… this is the first step in price controls, and methinks corn and wheat cannot be that far behind.

Further regulatory developments include a proposal coming from the FDIC to limit the size and scope of commercial banks. Comrade Bernanke has endorsed the idea, indicating that it is ‘legitimate’ to artificially restrict the growth and profitability of a private enterprise.

And now we have, within the last few days, the economic luminaries on Capitol Hill unveiling a special tax on the nation’s top earners to pay for the 1,000+ page health care bill… that no one has actually read.

Without even a cursory understanding of the bill, Congress is proposing to legislate the majority of Americans into health care by legislating a minority of Americans out of their wealth. Perhaps the ‘stimulus surtax’ will follow close behind.

Is it getting warm yet?

As a casual outsider who has checked out of the nation-state system, I find myself curiously peering inside from time to time wondering about that boiling point… what will it take for people to finally realize the peril that they are in?

It’s clear to me that subscribers to this letter are a cut above. You are a thinker who will keep working to improve your personal lot in life despite the foolish behavior of politicians.  But each of us has a breaking point… a point where we, like Howard Beale in the film Network (clip below), decide that we’re just not going to take it anymore.

What’s your breaking point?  I’d like to know.  Make your voice heard by commenting below.