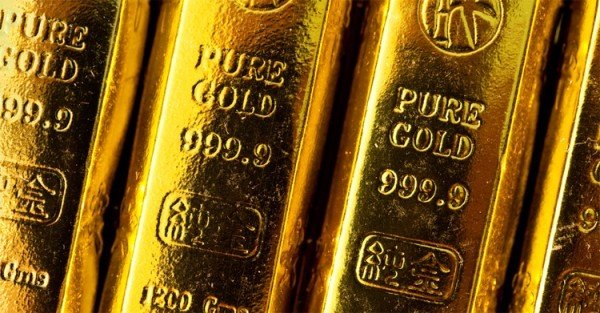 We’ve written before here at Sovereign Man that as long as the public is not in precious metals in a big way, it’s hard to see that the market has begun topping out.

Yes, gold has been in a bull market for more than 10 years. This is virgin territory as far as bull markets go. And yes, gold is up about 6-fold, from under $300 to hovering around $1,800 an ounce.

But, in every corner of the world it seems the public at large are SELLING, not buying gold.  Between the two of us, in our travels over the past 12 months, I think Simon Black and I have pretty much covered the entire globe.

Everywhere we go, we see pawnshops, jewelers and new specialist gold-buying companies, set up to buy scrap gold from the public, doing just that. 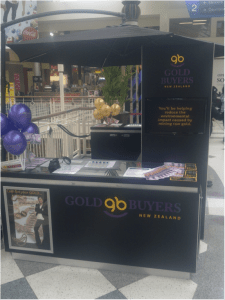 The New Zealand version even came with a typical Kiwi marketing pitch; the message on the side of the gold-buying booth at the local shopping center I visited in suburban Auckland this morning declared that by selling old scrap gold to them, “You’ll be helping reduce the environmental impact caused by mining raw gold.”

I firmly believe we’re still in that that phase of the gold bull market where the early gains have been made, but the smart money is still buying.  And they’re buying it from the public, who are selling their old gold jewelry and scrap gold to companies such as the one operating this booth in Auckland.

These companies sell the gold on to the big gold refineries. The refiners melt the gold down, and turn it into bullion bars and coins for investors. It’s ironic that the same guy who sold Grandma’s jewels today will buy them back in a few years in the form of a bar or coin, albeit at a much higher price.

Something similar is happening in the silver market. Recently, I bought some physical silver bars in Hong Kong from my usual dealer (www.swiss-investors.com). This may surprise long time readers as I called the short-term top in silver a few months ago, literally to the day.

A short-term top, however, is simply that. I still expect prices to rise in the long-term, and that’s why I buy physical.

Ultimately, until all the booths in the suburban shopping centers of Auckland, Sydney and Columbus, Ohio are SELLING gold and silver to the public, I don’t think the top will be in for this precious metals bull market.

To all those, including many of my closest friends and family, who HAVEN’T yet bought gold or silver, thinking they’ve missed the bull market, I say, “It’s not too late to buy.”

Yes, you should expect a great deal of volatility. Greece’s imminent default, for instance, may spark a deleveraging process and compel institutions to liquidate whatever they can to cover margin calls and redemptions.

Over the long-term, however, $50 here and there, or even a few hundred dollars, will seem trivial when compared against the potentially thousands of dollars in gains that gold could see in the coming years.

With the mess the world is in, and all the major fiat currencies in a race to the bottom, there are no good currency alternatives… and precious metals remain one of the few places to seek shelter.